A sealed UK copy of the 2009 2 LP set Insurgentes by Steven Wilson.

Offered for sale is a still sealed UK pressing of the 2009 2 LP set Insurgentes by Steven Wilson of Porcupine Tree.

About this copy: This copy of Insurgentes is a sealed original UK pressing on the Kscope label.

As the album is sealed, the discs are presumably new and unplayed.

The wrap is fully intact with no rips or tears.

Background: Insurgentes was the first solo album by Steven Wilson of Porcupine Tree.  The album reached #116 on the UK charts but did not chart in the U.S.

It caused a stir when it was announced: Steven Wilson (of Porcupine Tree and No-Man fame) was to release his first-ever full-length solo album. The first question to pop up was: why? After a couple decades of activity under his belt, and two handfuls of bands and projects past and present (including several solo outfits, like Bass Communion), why would he release an album under his own name, and what would that album be like? Well, as it turned out, Insurgentes is basically a Porcupine Tree album in which Wilson wrote all the songs and made all the decisions, including the one to not include all current members of Porcupine Tree in the project. Is that a problem, fans might ask? Not at all. In fact, Insurgentes is an excellent slab of progressive-tinged alternative rock, and a logical next step from Fear of a Blank Planet, PT’s last album at this point. 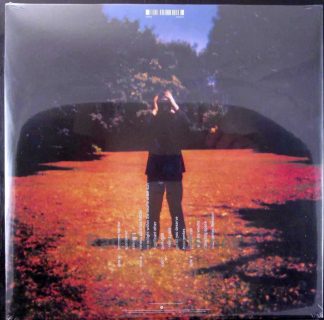