A sealed copy of the limited edition (500 only) pink vinyl pressing of Porcupine Tree’s 2007 LP Fear of a Blank Planet.

Offered for sale is a sealed copy of the limited pink vinyl edition of Porcupine Tree’s 2007 release, Fear of a Blank Planet.

About this copy:  The copy offered for sale is a Dutch pink vinyl pressing, and it is still sealed with the PinkPop sticker on the cover.  The records are unplayed and presumably mint.  There are no rips, tears or holes in the wrap.

This is a gorgeous copy of one of the harder to find Porcupine Tree releases.

Background:  Fear of a Blank Planet was Porcupine Tree’s breakthrough album worldwide, and even made a significant dent in the charts in the United States.  When first released in 2007, there were several vinyl issues of the album, all released in the Netherlands – a standard black vinyl pressing, a blue marbled vinyl pressing of 1000 copies, and a very limited pink vinyl pressing of 500 copies, issued to promote the band’s appearance at the Dutch PinkPop festival. 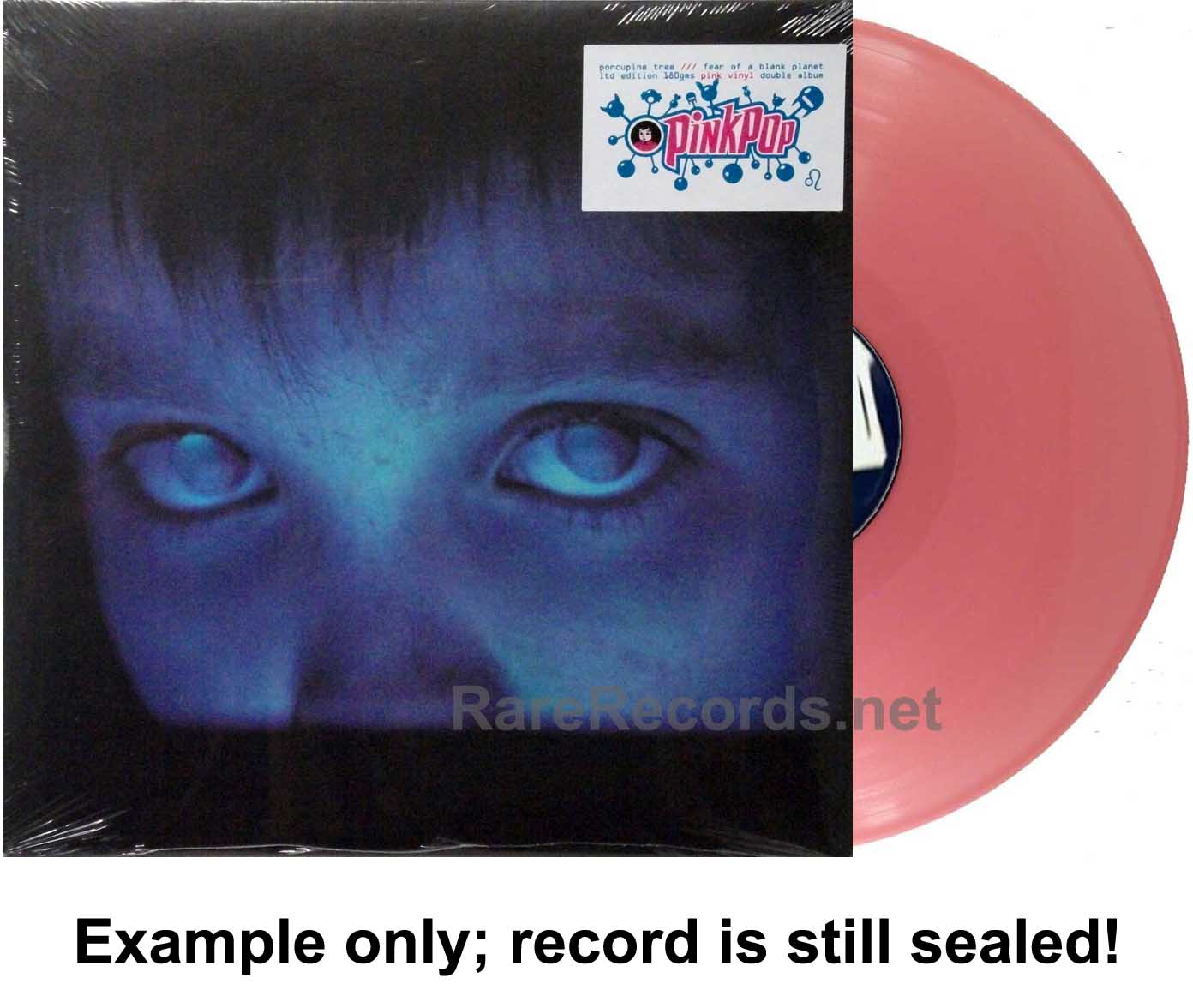