A 1978 Japanese pressing of More by Pink Floyd, including the original obi.

Offered for sale is a Japanese pressing of the band’s third album, the soundtrack to the film More, including the original obi and Japan-only gatefold cover.

About this copy: This copy of More is a 1978 Japanese pressing of an album that was originally released in 1969.

The record is M-, with just a couple of spindle marks on the label.  There is a small bump in the vinyl on the track, Quicksilver; this is a pressing defect, though the track plays fine.  The cover is M-, with a small dent in one corner.

This is perhaps the best-sounding pressing of this album we’ve ever heard and it’s in great condition.

Background: The soundtrack to the obscure film, More isn’t high on the list of most Pink Floyd fans’ favorite albums, as it’s a bit more mellow and disjointed than most of their work.  Of course, soundtracks tend to turn out that way, as the music is written to go along with the film, not to work as a cohesive whole.  Still, there’s a good rocker here, The Nile Song (which was released as a single in Japan) and a couple of great ballads by David Gilmour: Green is the Colour, and Cymbaline.

As with most albums in Japan, More was released multiple times.  The first issue had a single pocket cover; the second issue had a gatefold cover and was pressed on colored vinyl.  The third issue was on black vinyl on the Odeon label with a black obi.  This is the fourth issue, released circa 1975.  It has a gatefold cover with a four page color booklet, a white obi, and is on the brown EMI label. 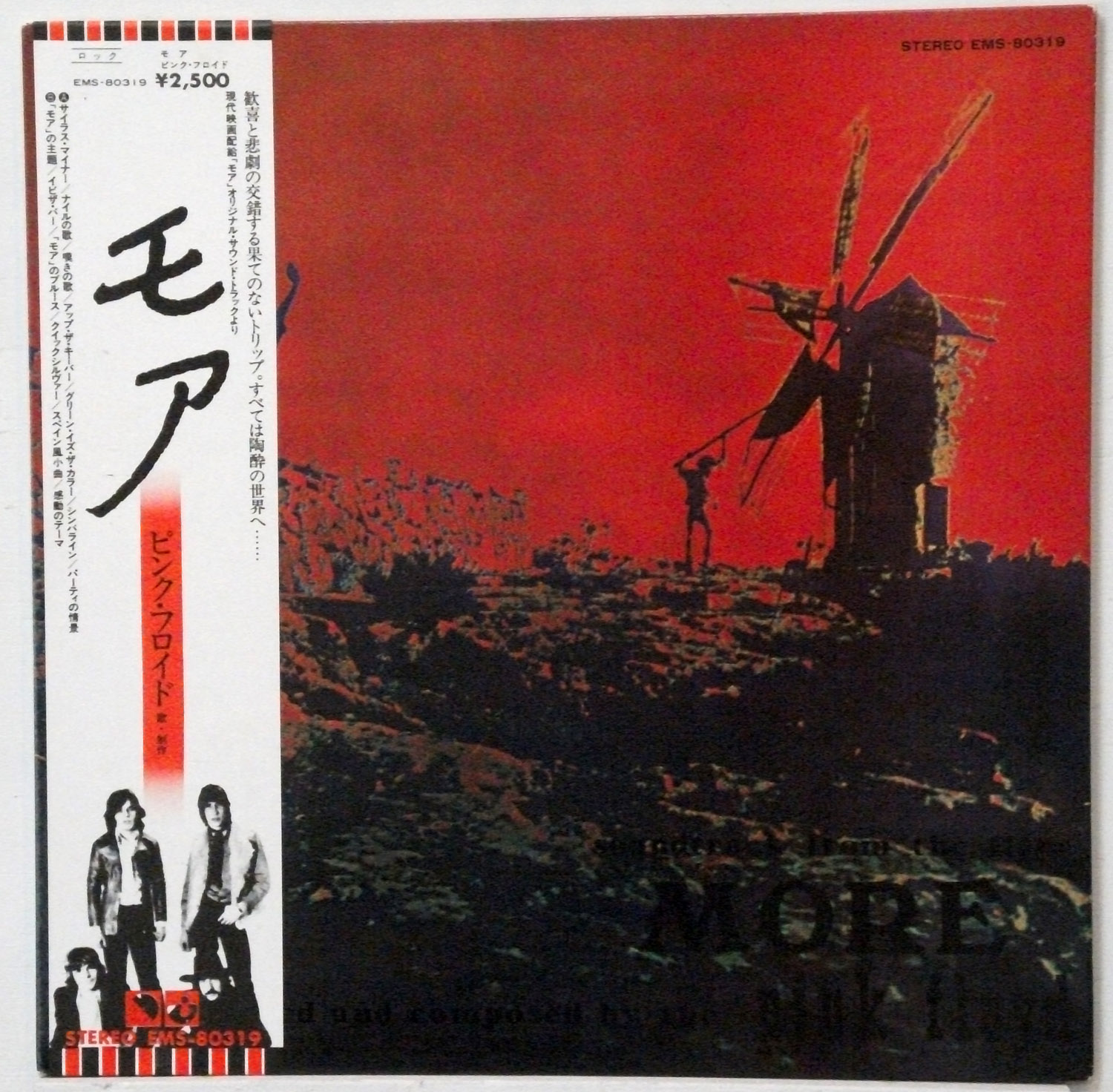