A copy of the ultra-rare Japan-only LP “Nancy” by Nancy Sinatra, complete with obi.

Offered for sale is a copy of the ultra-rare Japan-only 10″ LP Nancy by Nancy Sinatra, complete with obi.

About this copy:  This copy of Nancy is an original Japanese 10″ LP, released in 1963 or 1964, and including the nearly-always-missing original obi.

The cover is VG++, with a small tear in the lower left corner of the back, a bit of wear at the corners and a punch hole.  The original (plain) paper sleeve is included.

The original obi is complete with no holes or tears.

The disc is VG++ on side one, with just a couple of very faint sleeve scuffs.  Side two is M-.  This disc clearly has seen little play.

A gorgeous copy of a very rare album that we’ve seen sell for as much as $600 without the obi.  This is the only complete copy we’ve ever seen and is undoubtedly one of the rarest Nancy Sinatra LPs ever pressed anywhere.

Background: While Nancy Sinatra had a number of hits starting with “These Boots Are Made for Walkin'” in 1965, she’d actually been releasing singles, largely without success, since 1961.

Her first ten singles went unnoticed in the United States, and the eleventh, “So Long, Babe,” only reached #86 on the charts.

She was more successful in Japan, however.  In fact, she was so successful that some time in the early 1960s, her Japanese label, Reprise Records, released a ten-inch LP containing the A and B sides of her first five singles:

The album did not sell particularly well and was soon deleted.  As far as we know, this LP was released only in Japan, and has never been reissued in Japan or anywhere else.

You can listen to her first single, “Cuff Links and a Tie Clip” here: 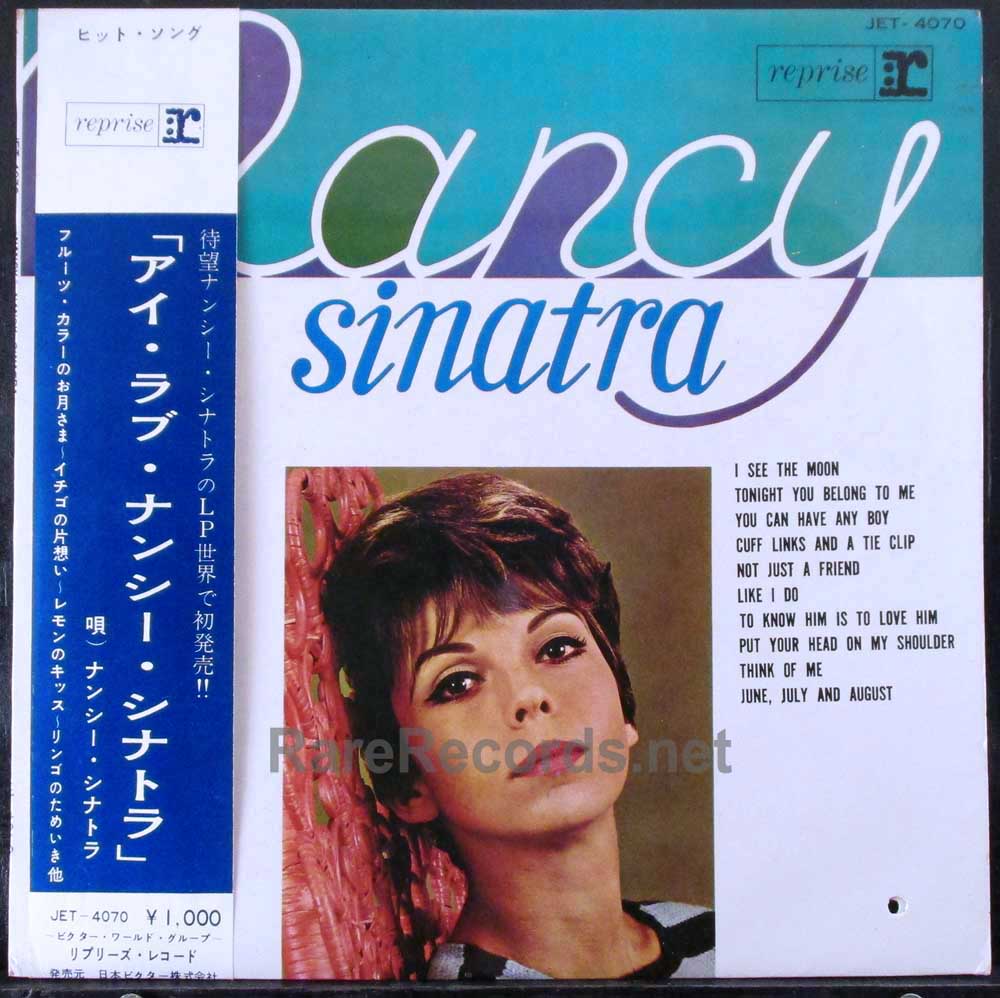