A sealed Japanese pressing of the first album by the Monkees, complete with obi.

Offered for sale is a sealed Japanese copy of the self-titled 1966 debut album by the Monkees, released in the mid-1980s, including a unique, Japan-only cover.

About this copy: This copy of The Monkees is a still sealed Japanese pressing, complete with obi and insert, released in the mid-1980s on Arista records and featuring a unique cover that was used only in Japan.

The record is presumably new and unplayed.  While most Japanese albums were not sold shrinkwrapped in Japan, copies exported to the United States were usually wrapped by importers.

Background:  The Monkees, released in 1966, was the first of several best-selling albums by the made-for-TV band.  Backed by the Wrecking Crew, the band took the album to #1 on the U.S. charts, helped by the hit single “Last Train to Clarksville” as well as the theme song from the TV show.

The Monkees were quite popular around the world, and their albums have been issued numerous times in Japan, even at times when the albums had been long out of print in the United States. 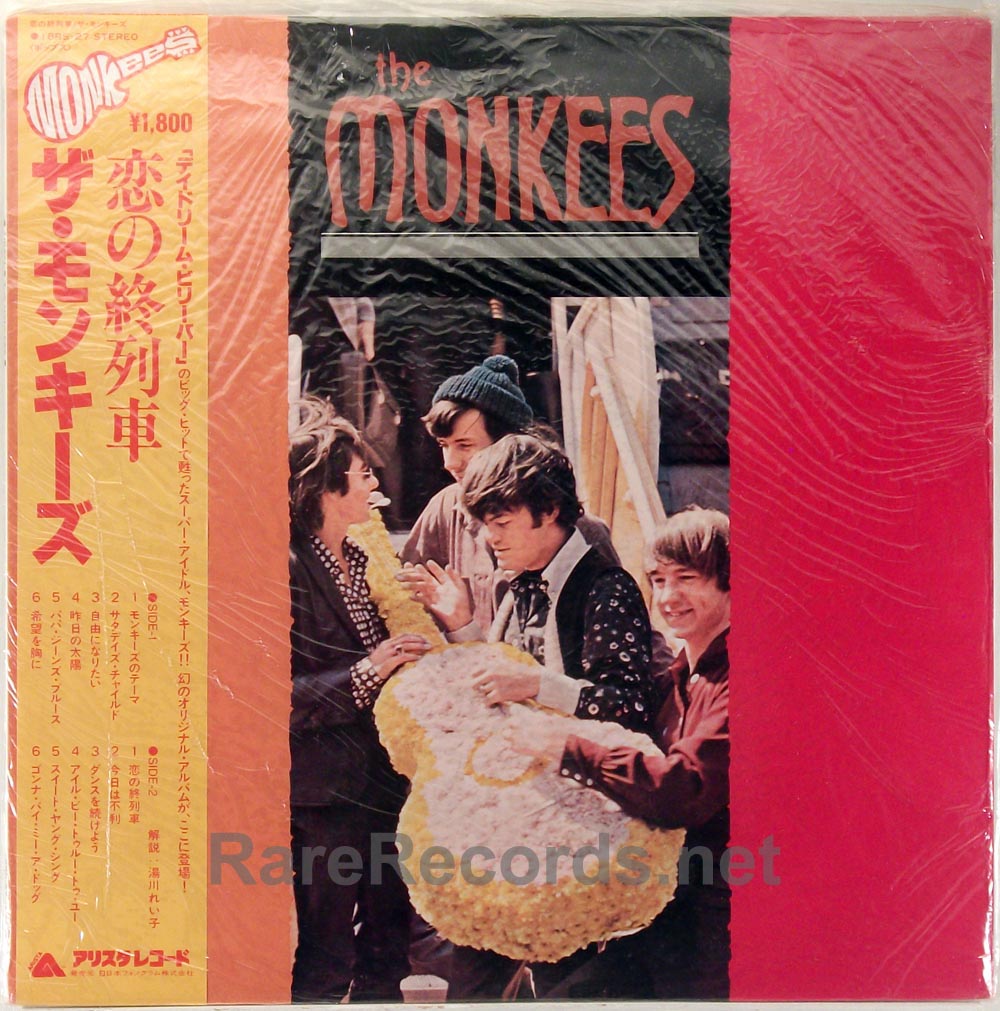 You're viewing: Monkees – The Monkees sealed Japan LP with obi $50.00
Add to cart