A sealed original pressing of The Monkees Greatest Hits by the Monkees, issued in 1969 on Colgems Records.

Offered for sale is a still sealed copy of  The Monkees Greatest Hits by the Monkees, released in 1969 on Colgems Records.

About this copy: This copy of The Monkees Greatest Hits is a still sealed original pressing from 1969 on the Colgems label.  It has no cut corners or punch holes.

As the album is sealed, the record is presumably new and unplayed.  There is a 1″ square piece of shrink wrap missing on the top left corner of the back cover, and tiny bits of wear at the corners.

A beautiful copy of an album that’s quite hard to find in good condition and the only sealed copy we’ve ever seen.

Background: While the Monkees’ first four albums, issued in 1966 and 1967 reached #1 on the charts, by 1969 the band found that the hits had stopped coming.  Colgems, their record label, decided to issue a greatest hits album, appropriately titled The Monkees Greatest Hits.

While there have been many compilation albums by the Monkees over the years, The Monkees Greatest Hits was the first-ever compilation LP by the band, featuring 14 tracks, but not, oddly enough, a photo of the band on the cover!

As the album’s artwork didn’t do much to draw attention to itself and as the band hadn’t had a ong reach the top 40 in over a year, The Monkees Greatest Hits only reached #89 on the charts and was soon deleted.

It’s a rather hard album to find and due to the black cover, is an album that is often found with extensive cover wear. 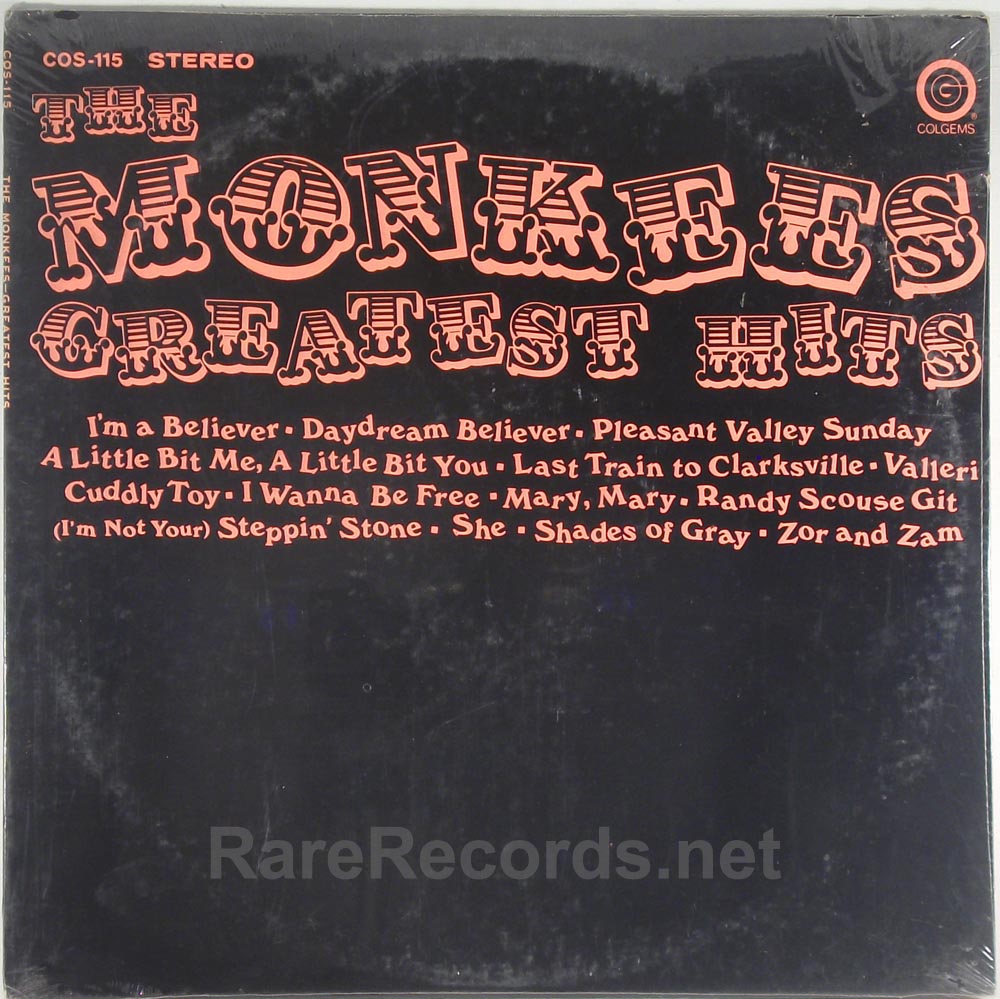