Offered for sale is an original Japanese red vinyl test pressing of the Marketts’ 1967 LP Marketts A Go Go, complete with original obi.  This is the same album as their American release Sun Power with a different title and cover.

About this copy: The copy of Marketts A Go Go offered for sale is an original pre-release test pressing of the LP, sent out to Japanese radio stations for promotional use.

The LP was pressed on “Everclean” red vinyl with typed labels. The original obi is included, and the hojyuhyo, or reorder tag, is still attached on the back. The original envelope inner sleeve is included. This LP was released without an insert; the information that would have been on the insert is printed on the back cover.

The cover is VG++, with a M- front cover and faint traces of wear on the back. The obi is VG+, with a wrinkled reorder tag. The LP is M- and looks unplayed.

This album is a lost gem as far as we’re concerned. It’s a pretty good 60s instrumental album and it’s a terrific recording. You’ll love how this one sounds!

Background: The Marketts had a few instrumental chart hits in the 1960s, and if you bought their albums, you’d think they were one of many surf groups that popped up in the wake of the Beach Boys success in the early 1960s.  In fact, the Marketts, best known for their 1963 hit “Out of Limits” were made up entirely of session musicians from LA’s famed Wrecking Crew.  While regarded as a “surf” band, the Marketts actually produced a wide range of instrumentals for the dozen or so years of their occasional existence, in a number of genres.

After a couple of releases on Warner Brothers, their 1967 LP, Sun Power, was released on World Pacific Records, a label better known for jazz titles.  As such, the album drew little attention.  All of the song titles on the album included the word “sun” in the name.

The Japanese release, which is quite rare, is rather unusual in that they changed the title of the album from the reasonable Sun Power to Marketts A Go Go.  The original cover image was replaced with that of an attractive woman at a marina.  The photos show a copy of the American album for reference purposes.

You can listen to “California Sun” here: 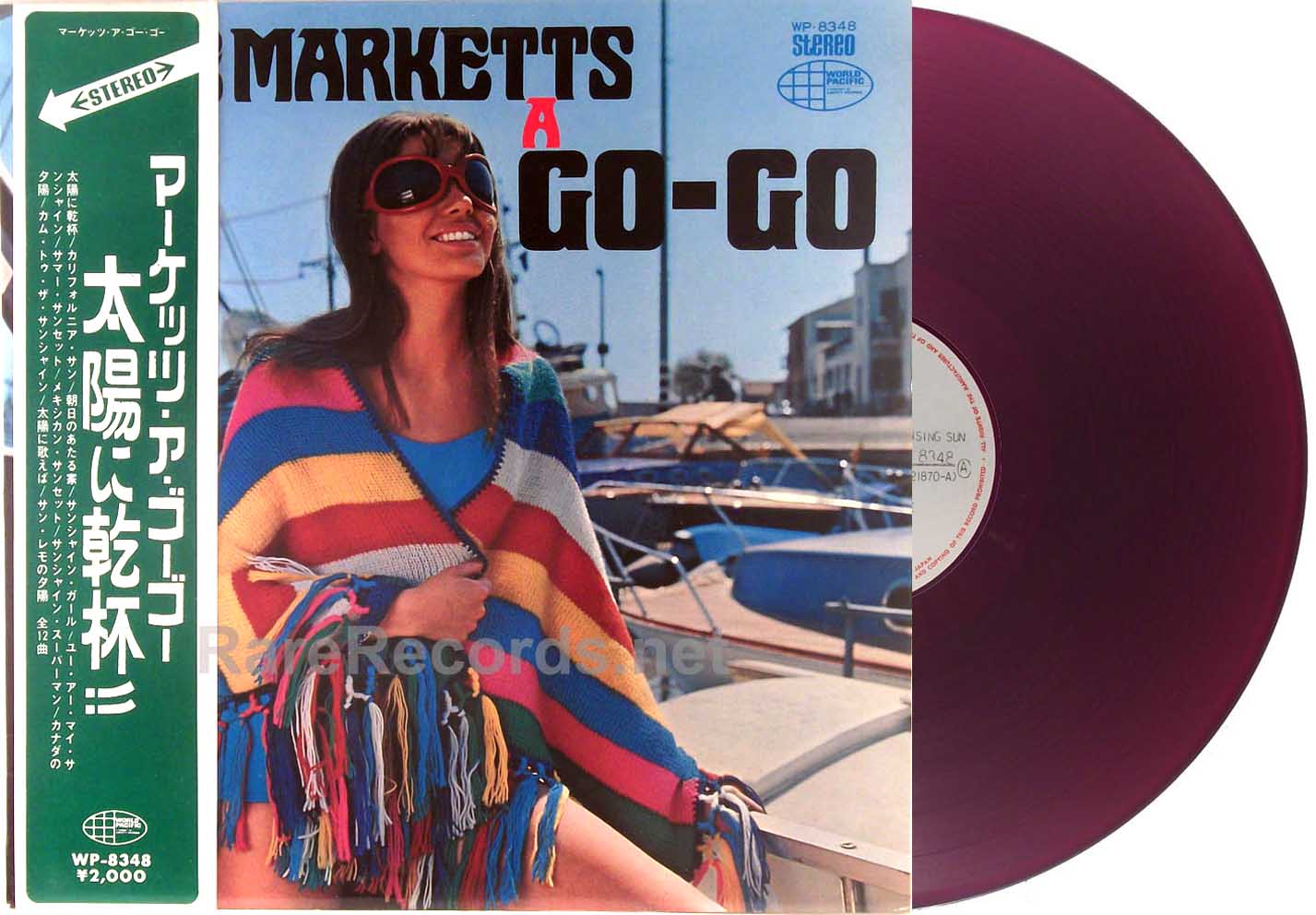