About this copy: This LP is in terrific condition; side one is M- and looks to be unplayed.  Side two is VG+ with a couple of small marks.  This album was originally issued without a cover but instead was sent out in a special AFRTS paper sleeve.  That sleeve is not included.

A very rare Lesley Gore rarity.  This comes from our personal collection.

Background: In the early 1960s, record companies occasionally made their titles available to the U.S. government for broadcast on military installations both domestically and abroad.  The record offered for sale is a copy of Lesley Gore’s third album, featuring “That’s the Way Boys Are,” and pressed for the Armed Forces Radio & Television Service.  This mono pressing contains all 12 tracks from the released album. 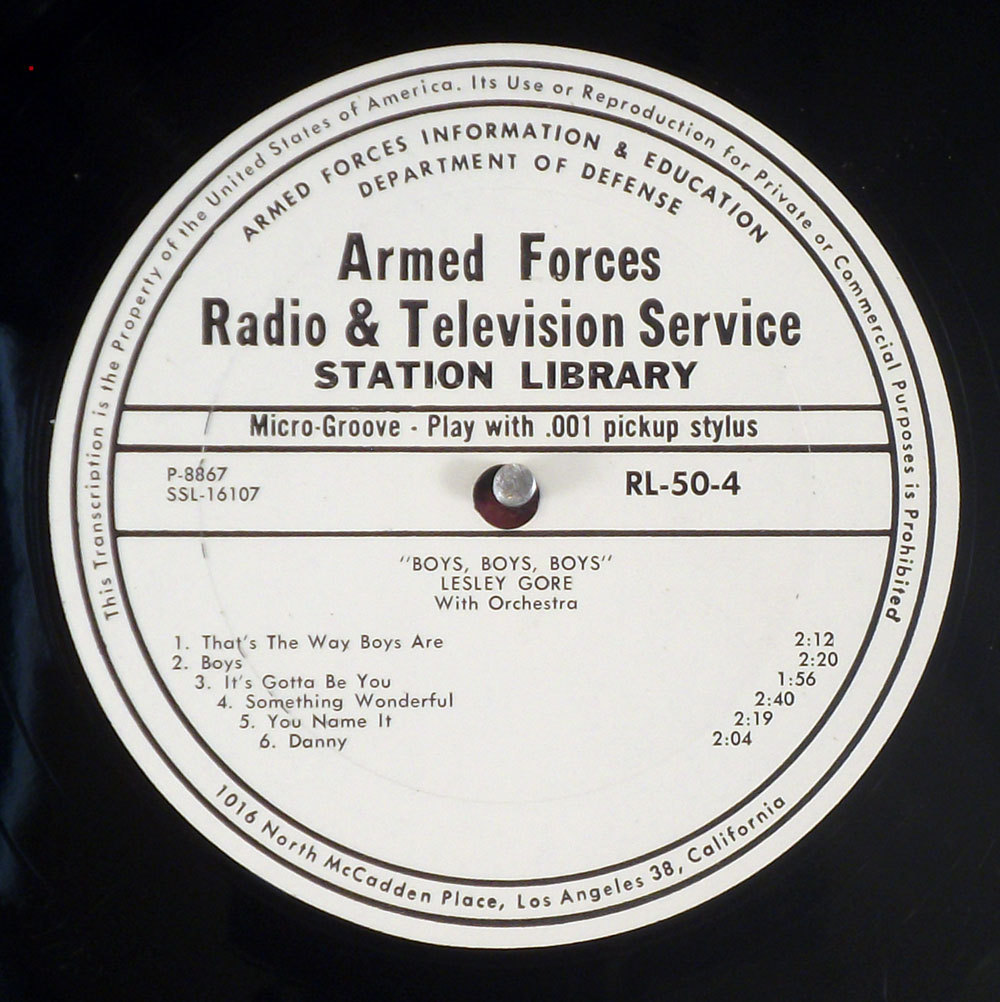