About this copy: This copy is in exceptional condition.  The cover, which is different from the U.S. release, is VG++ and has just traces of wear on the corners.  The record is M-.

Background: During their decade or so of existence, Kayak was sort of all over the map, musically.  Their early work was heavily progressive, and their later albums were heavily pop-oriented.  Their 1975 album, Royal Bed Bouncer, however, perfectly crafted the two and remains what is generally regarded as their finest LP and perhaps the best and only example of what might be regarded as progressive pop.

Although it retains progressive trappings, this album marks the beginning of Kayak’s move into up-tempo pop. The songs still reflect Scherpenzeel’s quirkiness, whether in the sci-fi Noah’s Ark of “Chance for a Lifetime” or the bizarre job description in the title track. … But the undeniable highlight of the album is “Said No Word.” Shifting effortlessly from an odd-time bounce over roller-rink organ to a series of clangorous breaks by massed bass guitars, it then lurches into a final monster groove that is worth the price of admission alone. 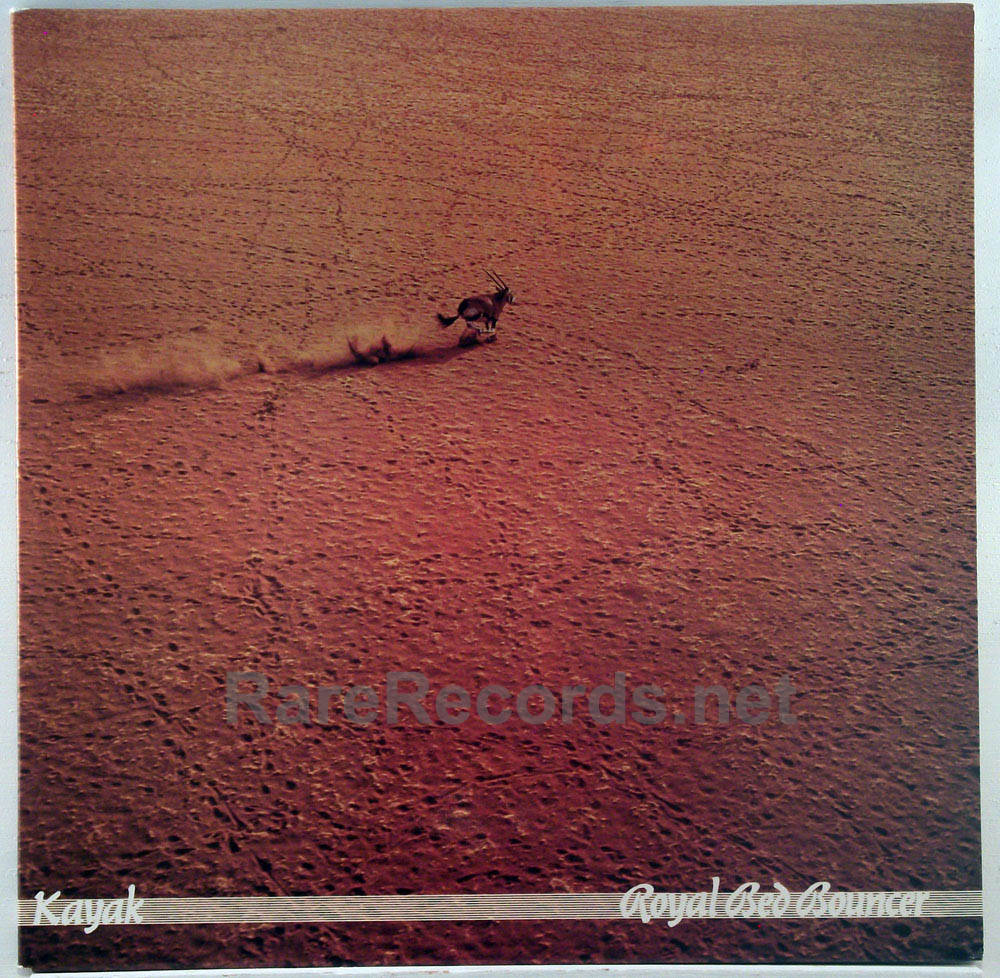