An original 1963 stereo acetate for The Intimate Miss Christy by June Christy, complete with cue sheet.

Offered for sale is an original stereo acetate for the 1963 LP The Intimate Miss Christy by June Christy.

About this copy: This copy of The Intimate Miss Christy is an original 1963 stereo acetate (dated 6-20-63 on the label.) It comes with a plain brown paper sleeve with track listings and timing notations, along with a reference sheet.

The disc is VG++ visually, with some scuffs but no significant marks, though it does play with some noise, as is common with acetates.

Tracks are the same as on the released version of the album:

A beautiful copy of a jazz rarity.

Background: Acetates are the first part of the record production process and are cut individually using a lathe.  After cutting an acetate, they are usually plated with metal to make stampers.  Early in the production process, they are also used for evaluation purposes by record company personnel.  They can be played just like records, though they do not wear well with repeated play.

Acetates rarely come up for sale, as they are often discarded after use.

On June Christy’s excellent run of albums for Capitol Records the vocalist was most often backed by Pete Rugolo’s complex orchestral charts or by small, freewheeling jazz groups led by her husband, Bob Cooper. So The Intimate Miss Christy is a special treat for her fans as it finds the cool blonde singer backed only by Al Viola’s guitar and Don Bagley’s bass (though a flutist sits in on a few tracks). This guitar/bass-only approach was first popularized by Julie London and went on to be utilized by many other singers during this era. The backing not only suits the laid-back, cool jazz approach of June Christy perfectly, but it also means that the singer is never forced to strain too hard, as she sometimes did when working with the experimentally inclined Pete Rugolo. And while the vocalist usually put a dark emotional spin on her ballad readings, this album is definitely aimed more toward romantic entanglements than romantic regrets. The Intimate Miss Christy may be a fireside makeout album, but it’s one that merits repeated listens even when the embers die out. 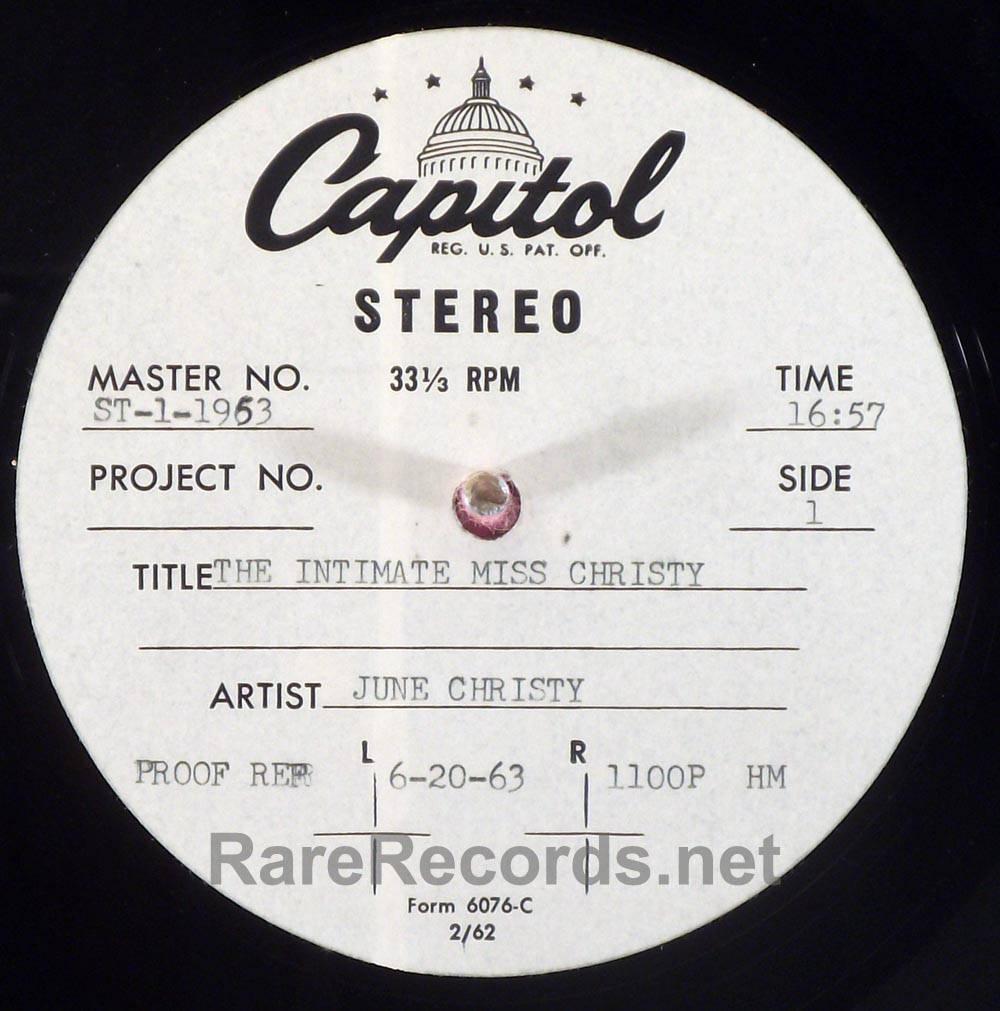