Offered for sale is an original stereo acetate for the 1961 LP Great Instrumental Hits Styled By Jonah Jones by Jonah Jones.  This acetate has tracks in a different playing order than the finished LP.

About this copy: This copy of Great Instrumental Hits Styled By Jonah Jones is an original 1961 stereo acetate (dated 1-19-61 on the label.)  It comes with a plain brown paper sleeve.

The disc is VG+ visually, with some scuffs and a couple of small marks, though it does play with some noise, as is common with acetates.  The disc also has a “haze” on the playing surface, likely from a chemical reaction with the paper sleeve in which it was found.

A beautiful copy of a jazz rarity.

Background: Acetates are the first part of the record production process and are cut individually using a lathe.  After cutting an acetate, they are usually plated with metal to make stampers.  Early in the production process, they are also used for evaluation purposes by record company personnel.  They can be played just like records, though they do not wear well with repeated play.

Jonah Jones was a jazz trumpeter who created concise versions of jazz and swing and jazz standards that appealed to a mass audience.  Great Instrumental Hits Styled By Jonah Jones was his 12th album for Capitol and his 13th album overall.  This album, as the title implies, is an album of covers of tunes made famous by other artists. 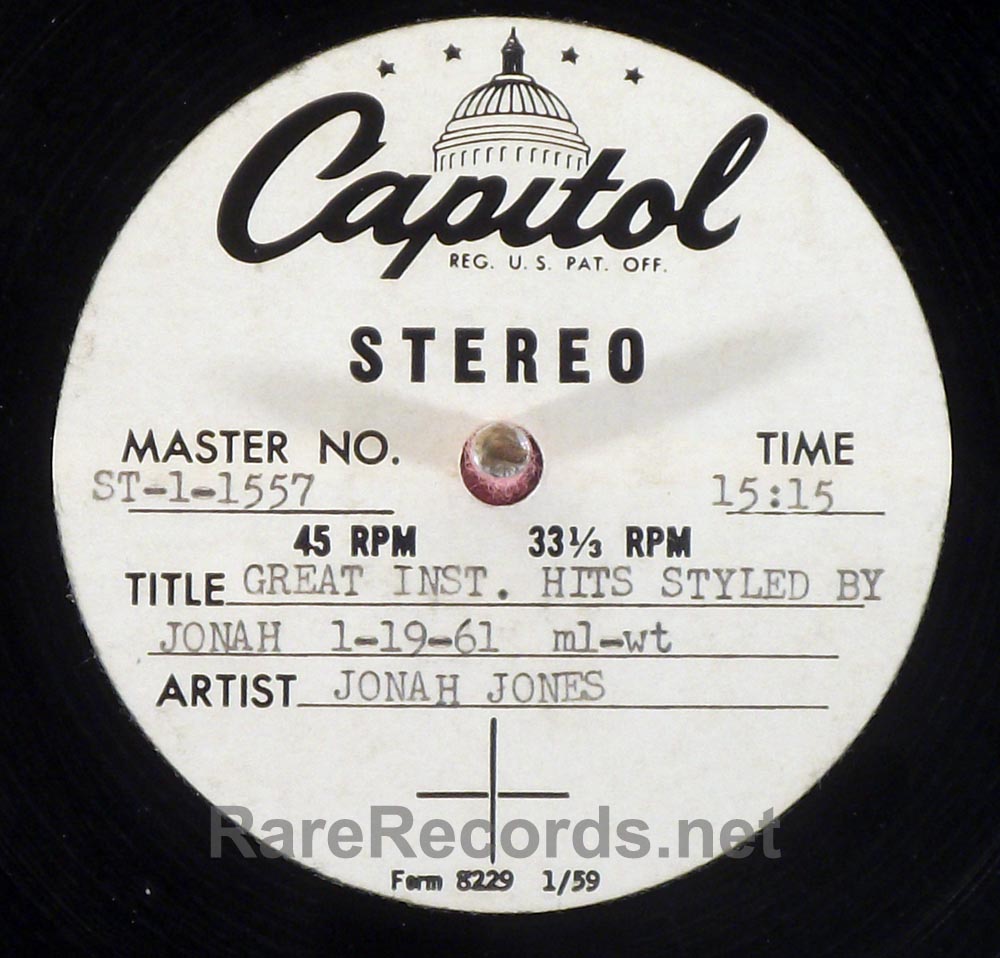