A 1968 stereo pressing of Papa’s Got a Brand New Bag by James Brown.

Offered for sale is a stereo 1968 pressing of the 1965 compilation LP Papa’s Got a Brand New Bag by James Brown.

About this copy: This copy of Papa’s Got a Brand New Bag is a 1968 stereo pressing, with the green banner on the cover (first issues had a red banner.)

The disc is the blue King stereo label with the crown above the name that had been in use since 1966.

The cover is VG+, with a bit of ring wear and a 1 1/2″ split at the bottom.  The disc is VG+, with some scuffs and a few scattered light marks.

Background: If you encountered the Papa’s Got a Brand New Bag LP, you’d likely think it was a James Brown studio album, rather than a compilation.

At the time of the album’s 1965 release, the single had recently been on the charts, but instead of releasing a new studio album to go with it, King Records put it on an album with a number of previously released singles dating back to 1962.

The album did reasonably well, reaching #26 on the U.S. albums chart (and #2 on the R&B albums chart.) 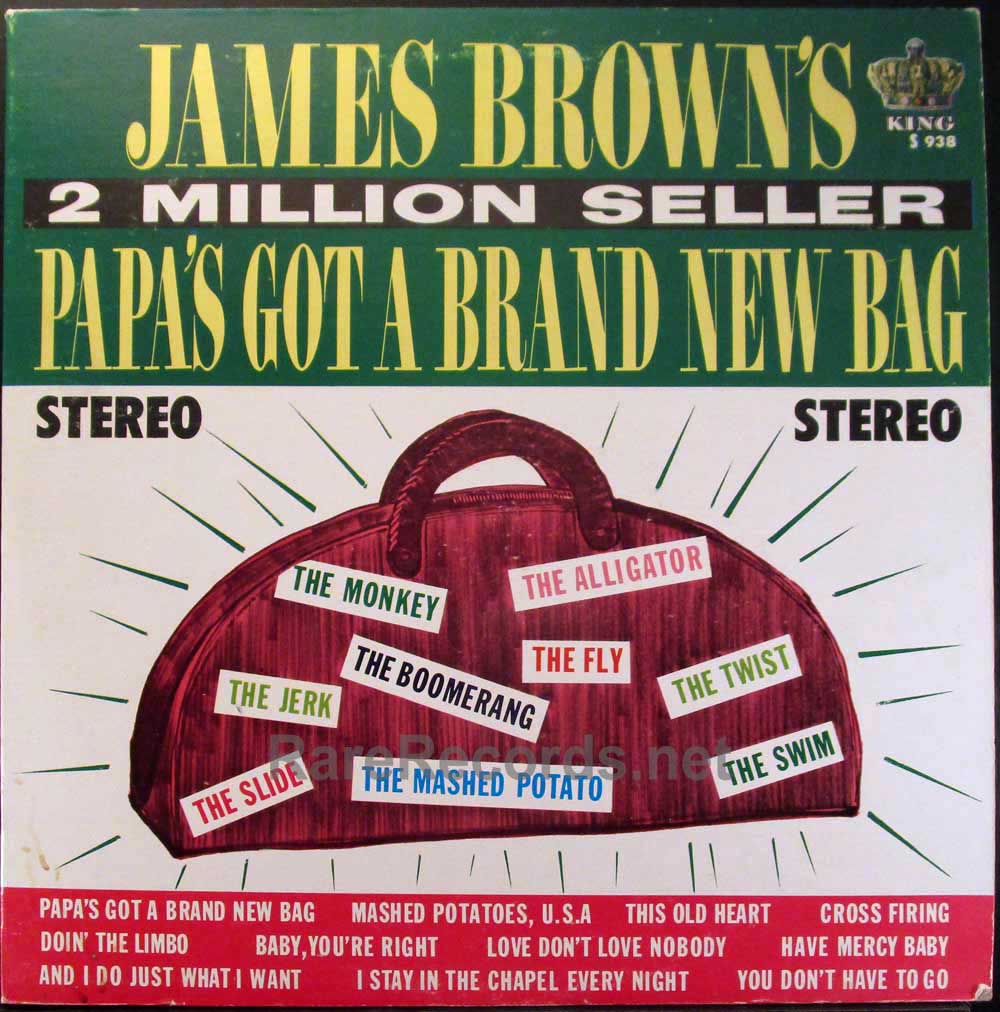