A mono copy of the 1964 LP Greenback Dollar by Hoyt Axton.

Offered for sale is a mono copy of the 1964 LP Greenback Dollar by Hoyt Axton.

About this copy:  This copy of Greenback Dollar is a 1964 mono issue on the Vee Jay label.  The cover says “stereo,” but the record inside is a mono copy.

The cover is VG with general wear and a sticker on the back cover with the name of a previous owner on it.

The record is VG++, and very close to M-, with just a couple of minor sleeve scuffs.  The record looks to have only been played a couple of times.

A nice copy of a pretty good record.

Background: While Hoyt Axton had a lot of success in the 1970s as a singer and later success as an actor, in the 1960s, his records sold poorly and he made most of his money writing songs that became hits for other artists.

His 1964 LP Greenback Dollar, issued by Vee Jay Records, is an album whose title song was a big hit for the Kingston Trio, though this album didn’t chart.  The album had previously been released twice on the Vee Jay-distributed Horizon Records, first under the title of The Balladeer and a second time under the Greenback Dollar title.

It’s worth noting that Jim McGuinn, later of the Byrds, plays guitar on this album.

You can listen to “Greenback Dollar” here: 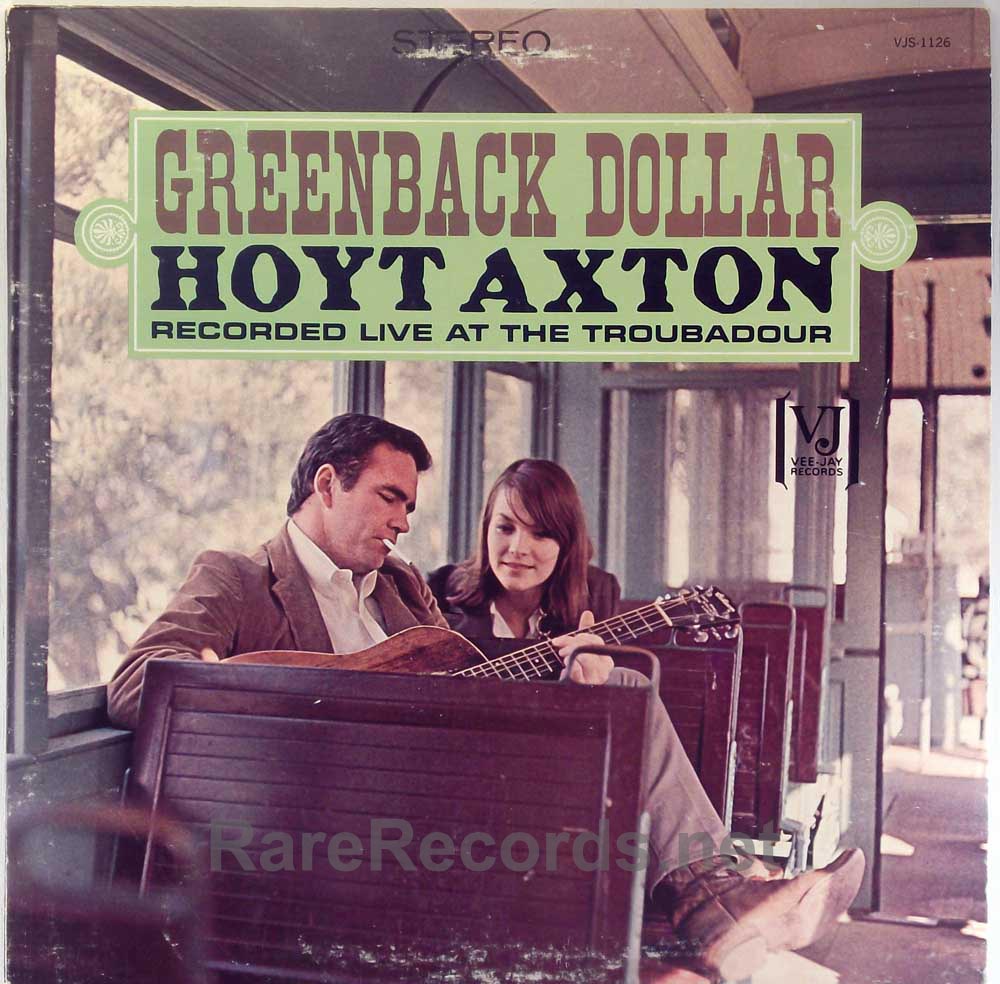