A mono copy of the 1964 LP Hoyt Axton Explodes! by Hoyt Axton.

Offered for sale is a mono copy of the 1964 LP Hoyt Axton Explodes! by Hoyt Axton.

About this copy:  This copy of Hoyt Axton Explodes! is an original mono copy, issued in 1964 on the Vee Jay label.

While the cover says “stereo,” the record inside is a mono disc.

The cover is VG+, with slight wear at the corners and edges.  There’s a piece of cellophane tape on the spine.

Background: Hoyt Axton was still trying to find his niche in 1964 and this album represented a bit of a shift from folk singer to rocker, with this electric set recorded live.

Allmusic had this to say about Hoyt Axton Explodes!:

Axton may have been known as something of a folksinger at the time of this release, and he may have subsequently become known as a country artist, but make no mistake: This is a rock album, albeit a pretty strange one by 1964 standards. Not so much because it’s weird, but because it’s an uncomfortable intersection of blues, go-go R&B-influenced rock, and hints of folk and novelty songwriting. It’s not a folk-rock album, despite Axton’s background; the arrangements are rather close to those used by Johnny Rivers on his mid-’60s material.

You can listen to “LA Town” here:

I just bought a couple records from you guys, they sound great and will be buying more. 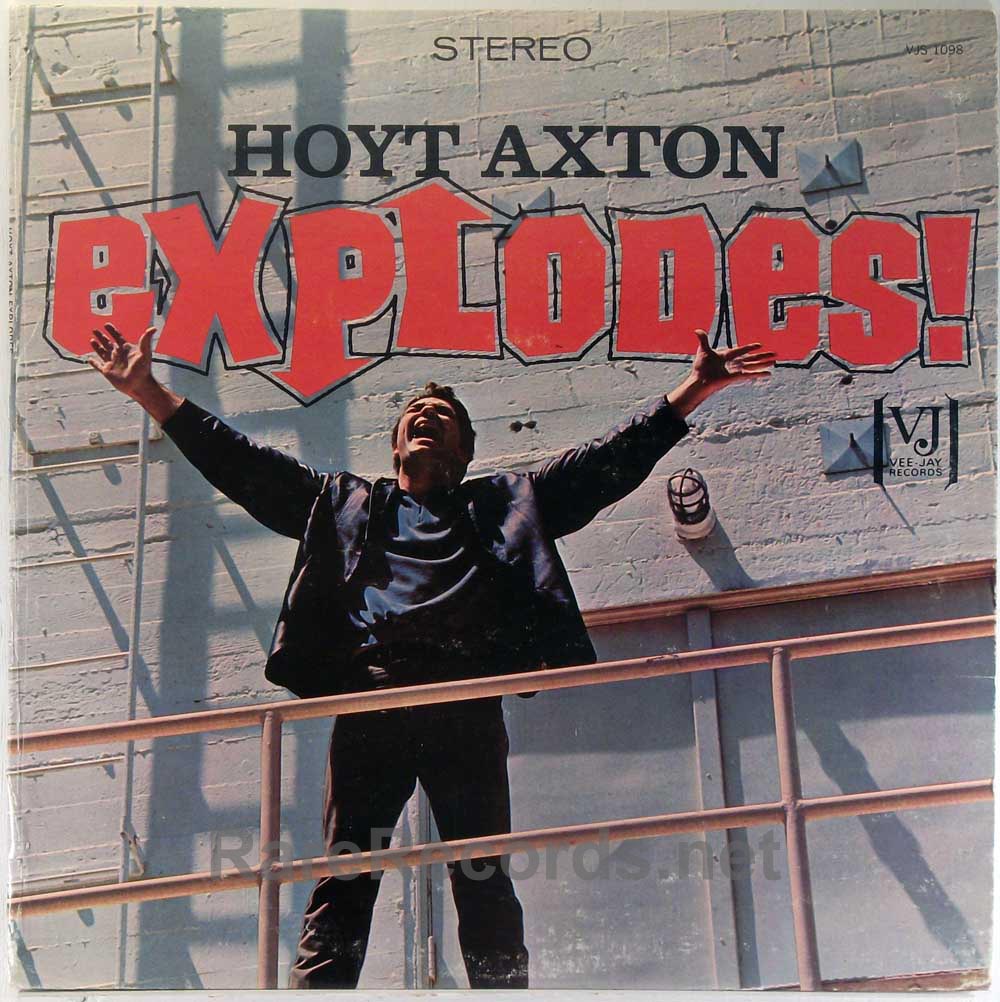