An original sealed mono pressing of the 1966 LP Bus Stop by the Hollies.

Offered for sale is a still sealed mono pressing of the 1966 LP by the Hollies, Bus Stop.

About this copy: This copy of Bus Stop is an original 1966 mono pressing.  The album is still sealed; the record is presumably new and unplayed.  The shrink wrap is completely intact, with no rips or tears.  There are no cutout holes, saw marks, or cut corners.  The album is pristine, and looks brand new.  This is likely the finest copy of this album you’ll ever see, and you’ll never have to worry about finding an upgrade.  It’s gorgeous.

Background:  Bus Stop was the fourth American album by the Hollies.  Released in late 1966, the album produced a Top-5 hit in the United States with the title track, which was written by Graham Gouldman, later of 10cc.  The rest of the album is largely a collection of covers, mixing American pop tunes and R&B hits.

The original release of Bus Stop was issued in both mono and stereo, but the stereo version contained rechanneled, or “fake” stereo versions of the songs, making the mono version of the LP the more desirable pressing.  The mono pressing was only available for about 18 months before the record company phased out mono pressings.  After that, the fake stereo pressing was the only one available. 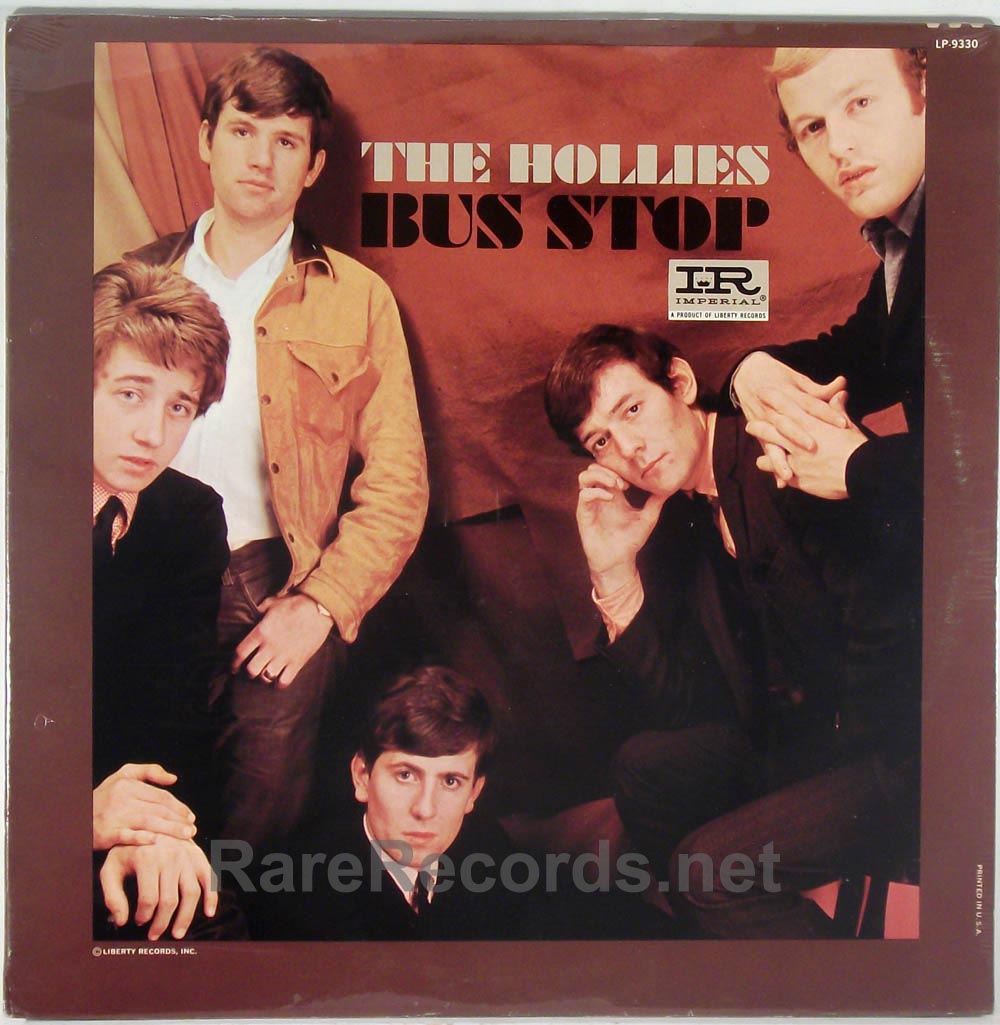