An original 1967 pressing of SRO by Herb Alpert and the Tijuana Brass, complete with obi.

Offered for sale is an original Japanese pressing of SRO by Herb Alpert and the Tijuana Brass, complete with obi.

About this copy: This copy of SRO is an original Japanese pressing, released in 1967 on London Records and including the original obi.

The cover is VG++, with faint wear at the corners.  The obi is VG+, with a couple of wrinkles.  The LP is M- and appears to have had little play.  This album was issued without an insert, as the material that would have been included on the insert was printed on the inside of the cover.

A beautiful copy of a rare (and pretty good) LP.

Background: In the mid-1960s, Herb Alpert and the Tijuana Brass were everywhere, and their first ten albums reached the Top 20 on the album charts and five of them reached #1.  SRO, released in 1966, only reached #2, but did feature two Top 40 singles in “Mame” and “The Work Song.”

The Japanese issue included a gatefold cover that featured lyrics in English and Japanese. 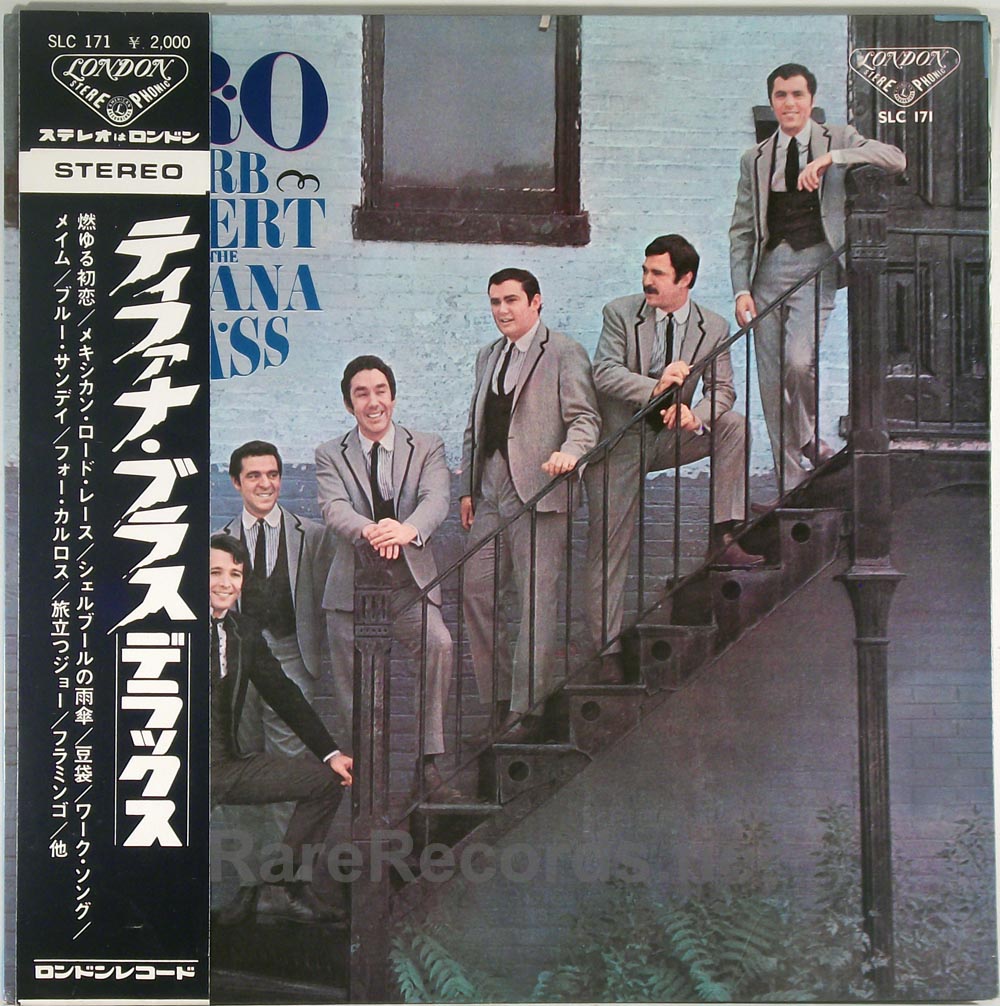