Offered for sale is a 1973 Japanese reissue of Helen Merrill’s self-titled 1955 debut LP, complete with obi and insert.

About this copy: This copy of Helen Merrill is a Japanese reissue, released in 1973.  The album includes both the lyric insert and the obi.  While this album has been reissued numerous times in Japan, this is a relatively early pressing.

The cover obi and disc are M-; the disc has a couple of spindle marks on the label but otherwise appears to have had little play.

A nice copy of a classic jazz album.

Background: Jazz fans tend to look down upon female vocalists, but Helen Merrill’s 1955 LP, simply titled Helen Merrill is an exception in that it’s one of the most highly sought out jazz vocal LPs ever.  Featuring Clifford Brown on trumpet and arrangements by Quincy Jones, the LP not only features terrific material, but it also boasts what we regard as one of the best album covers ever.

Original pressings often sell for more than $1000 at auction.

Though she eventually came to be known as a “singer’s singer,” Helen Merrill’s 1954 debut is an unmitigated success of mainstream jazz. Besides introducing the uniquely talented young singer, the date also featured small-group arrangements by Quincy Jones and marks the introduction of another future star, trumpeter Clifford Brown. Formidable as his playing is, Brown never overshadows Merrill. She is fully up to the challenge on all fronts and enthusiastically tackles uptempo numbers such as “You’d Be So Nice to Come Home To” and “Falling in Love with Love” with aplomb. A winning stylistic combination of cool jazz and hard bop, Merrill particularly excels on Mel Tormé’s “Born to Be Blue,” making the sophisticated tune her own as she revels in Tormé’s down-and-out lyric. 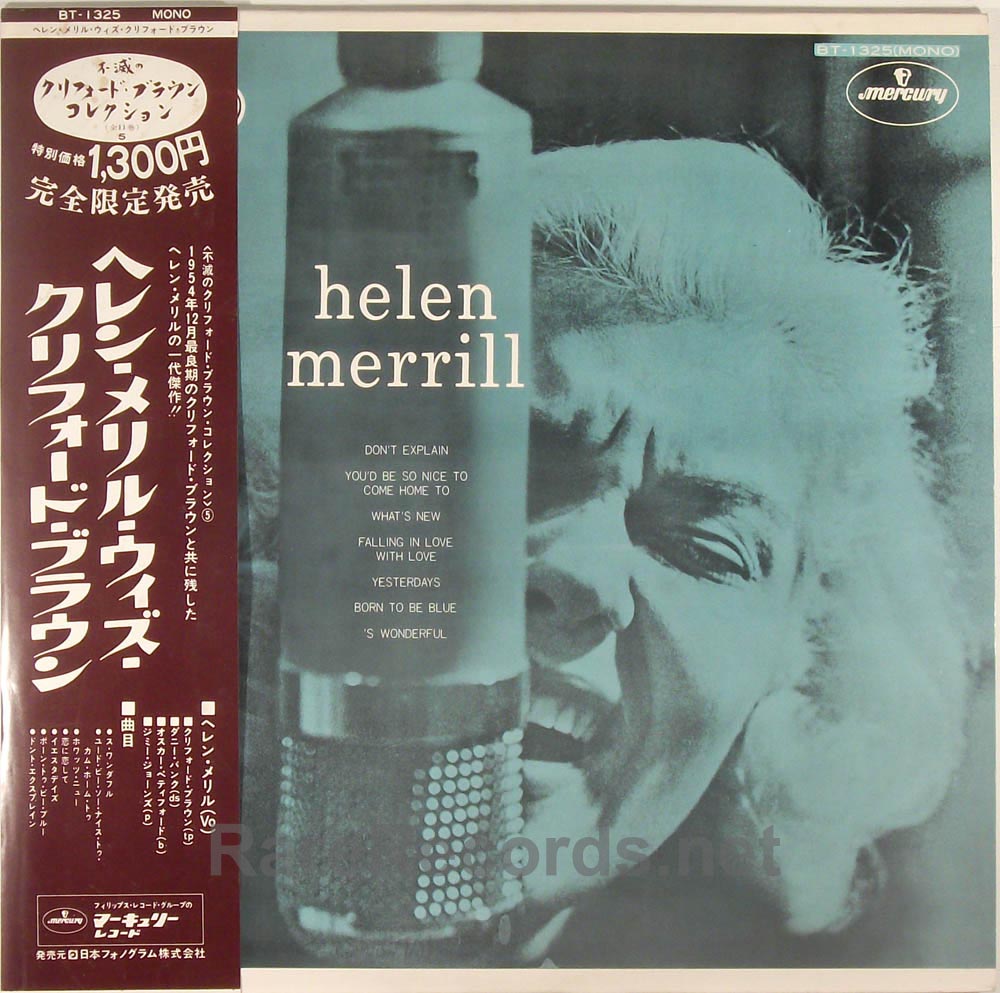