A promo-only 12″ single of “Without You” by Heart, pressed on red vinyl.

Offered for sale is a scarce red vinyl 12″ single of the song “Without You,” by Heart, issued only as a promotional item in 1978.

About this copy: This copy of “Without You” is a 12″ single pressed on red vinyl and packaged in a custom title cover.  The cover is VG+, with just traces of wear at the edges and corners.  The record is M- and appears to have had little, if any, play.

A nice copy of a scarce Heart collectible.

Background: After the success of their first album, Dreamboat Annie, Heart got into a dispute with their record company over the release of the followup album, Magazine.  The band and record company eventually sorted things out, but not before the band left Mushroom Records to sign with Portrait.

When Magazine was finally released in 1978, Mushroom released several singles from the album, including “Without You,” the cover of the Badfinger song that had been a hit for Harry Nillson a few years earlier.

To promote the single, Mushroom sent a limited number of red vinyl 12″ singles of the song to radio stations to promote it.  The record has the same song on both sides; it’s in mono on one side and in stereo on the other.  The record was pressed in a custom title cover.

There weren’t a lot of these pressed and we’ve only had two or three of them over the years.  It is also, as far as we know, the only official U.S. colored vinyl record by Heart that was released during the 1970s or 1980s.

Thank you Charlie ! So excited to have found this album!! 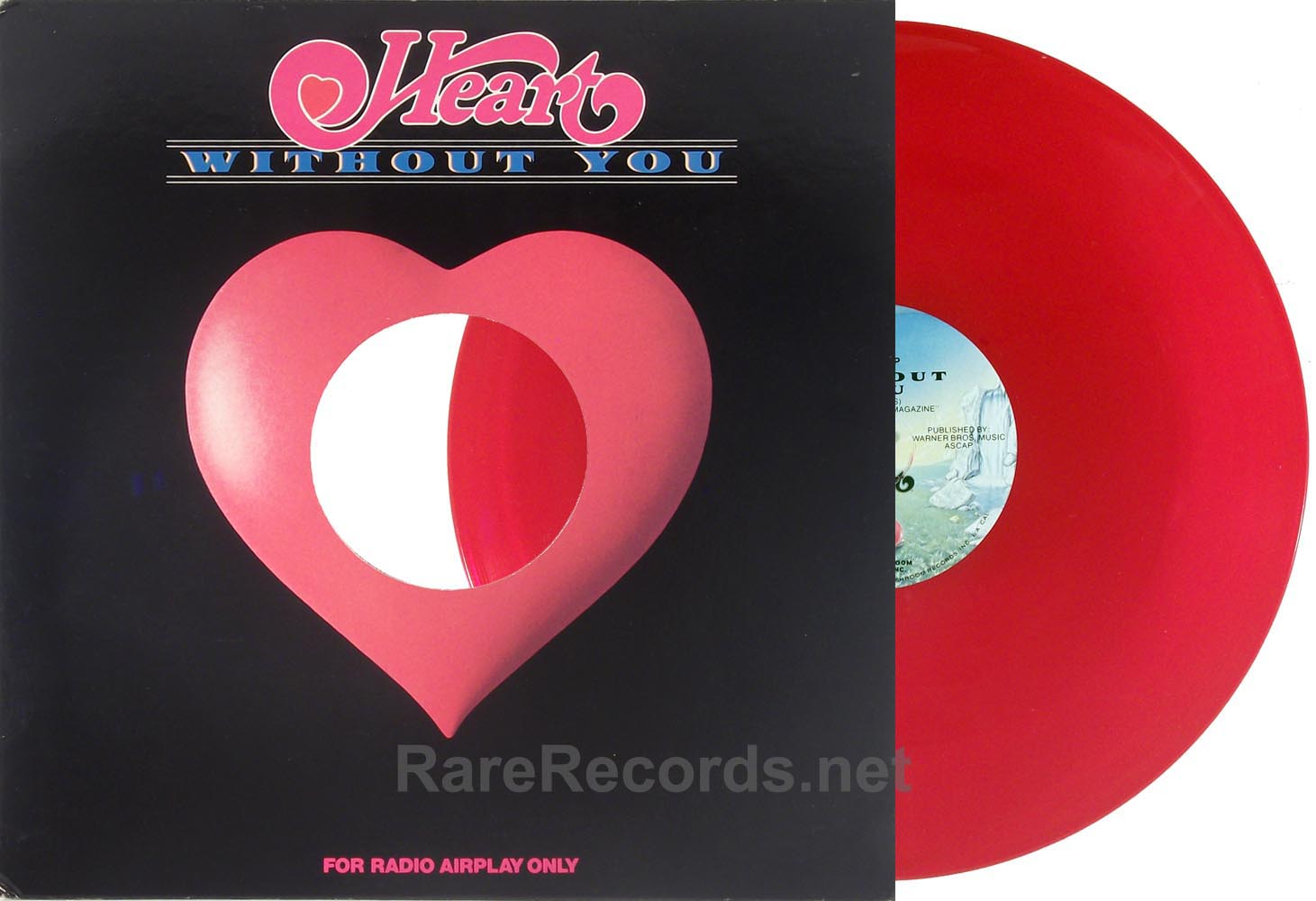