About this copy: This copy of Electronic Sound is a still sealed 8 track tape on the Apple/Zapple label. The LP was issued on Zapple, but the tape case says “Apple” on it.

The shrink wrap has a few tears in it, and there’s a bit of wear on the box in the upper right hand corner.

This tape is presumably new and unplayed.

A nice copy of one of the more unusual Beatles solo items.

Background: Released in 1969, George Harrison’s Electronic Sound was his second solo album, though this one consisted entirely of electronic music.

The album peaked at #191 on the Billboard album chart and was released on vinyl, cassette, and 8 track tape.

Hard as it is to believe, George Harrison, guitar picker, was also an electronic music pioneer, as these two lengthy, abstract tone poems for early-vintage Moog synthesizer reveal. A naif in the electronic sphere, George had a lot of help putting this music together, particularly from ace California electronic composer Bernie Krause. …Though scoffed at when they were released, these pieces can hold their own and then some with many of those of other, more seriously regarded electronic composers. And when you consider that synthesizers were only capable of playing one note at a time and sounds could not be stored or recalled with the push of a button, the achievement becomes even more remarkable. Alas, George never followed up on this direction, which, like the Zapple label, was abandoned after this release. 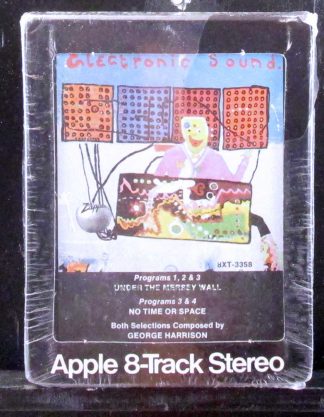