A sealed copy of It’s the Real Thing, by the Fortunes, issued in 1969 as a promotional item for the Coca-Cola company.

Offered for sale is a rare, still sealed promotional-only LP by the Fortunes, called It’s the Real Thing, issued in 1969 to promote the Coca-Cola company.

About this copy: The record is still sealed, and is unplayed and believed to be perfectly mint.  The wrap has no rips, holes or tears.  There is just a bit of wear at the two corners on the spine.

This is quite a hard record to find in any condition, and it’s the only sealed copy we’ve ever seen.

Background: The Fortunes aren’t all that well remembered today, but during their recording career, which ran from 1965 to 1971, they released six songs that made the pop charts in the U.S., including You’ve Got Your Troubles in 1965 and Here Comes That Rainy Day Feeling Again in 1971.  Their albums are fairly scarce (especially stereo copies of their first album), but none are as rare as this LP, entitled It’s the Real Thing.

This LP was released in 1969 and issued to promote the Coca-Cola company and was not commercially released.  We’ve read (can’t remember where) that the album was issued at a stockholder’s meeting, rather than sent out as some sort of general promotional item, but we cannot confirm that.  We do know, however, that some forty-odd years later, it’s a really tough album to find. 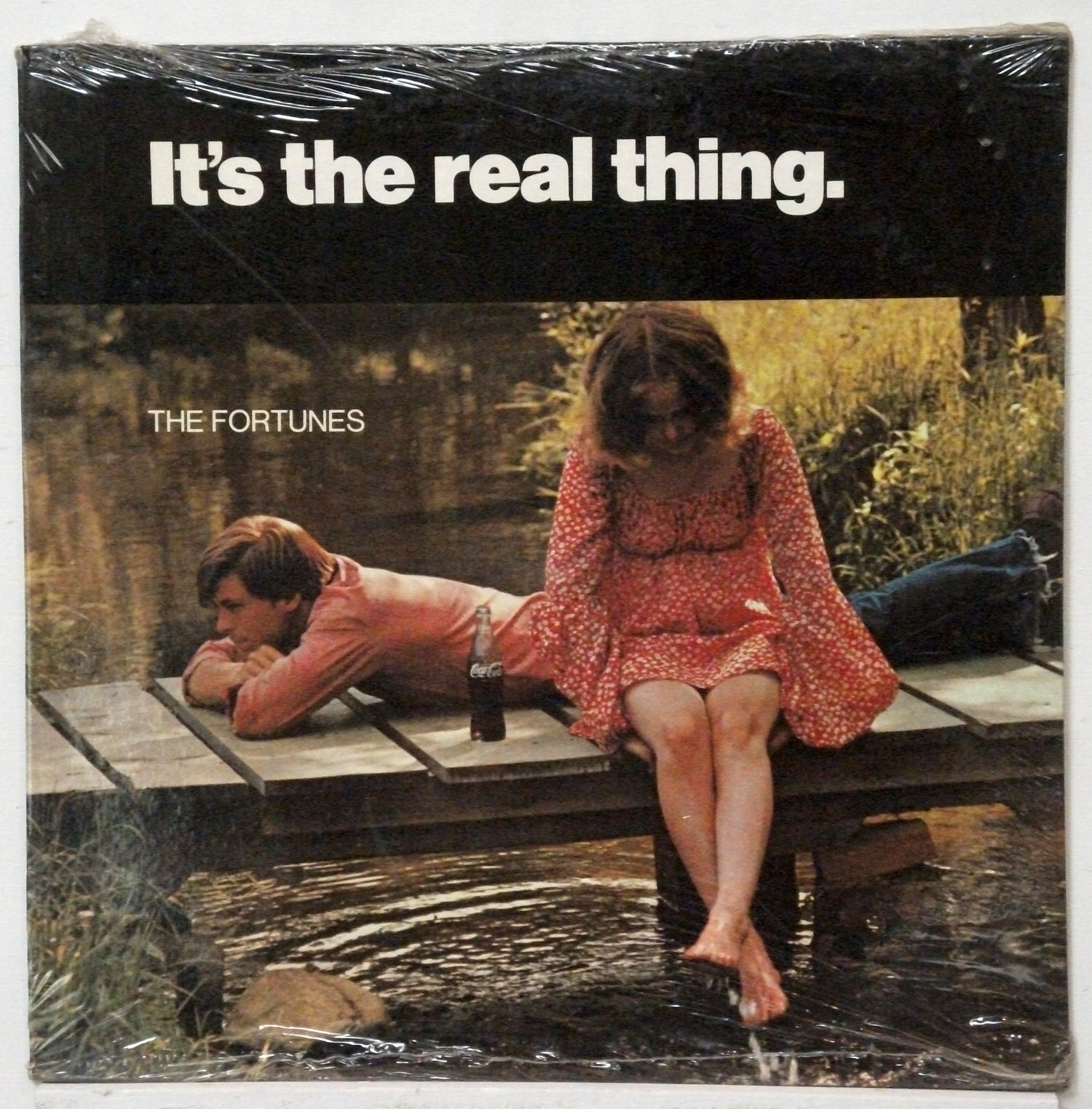