An original 1959 pressing of Arthur Fiedler and the Boston Pops recording of Offenback’s Gaite Parisienne,

Offered for sale is an original pressing of Arthur Fiedler and the Boston Pops performing Offenbach’s Gaite Parisienne, released in 1959 on RCA Records as LSC-2267.

About this copy: This copy has a cover that is VG+, with slight wear at the edges.  The disc is a very clean VG+; the only marks on the vinyl are from RCA’s heavy (and somewhat abrasive) paper inner sleeves.  Stamper numbers on both sides are 22s, so while this is an original “Shaded Dog” pressing, it’s likely from the early 1960s, rather than a 1959 issue.

Background: Arthur Fiedler and the Boston Pops Orchestra actually recorded Offenbach’s Gaite Parisienne on at least three different occasions, and twice in stereo for RCA.  This version, released in 1959, includes Khachaturian’s Gayne Ballet Suite, which features the well-known “Sabre Dance.”  While audiophiles seem to prefer the earlier 1954 recording of the Offenbach piece, this recording still has the great sound that the RCA Living Stereo pressings are known for. 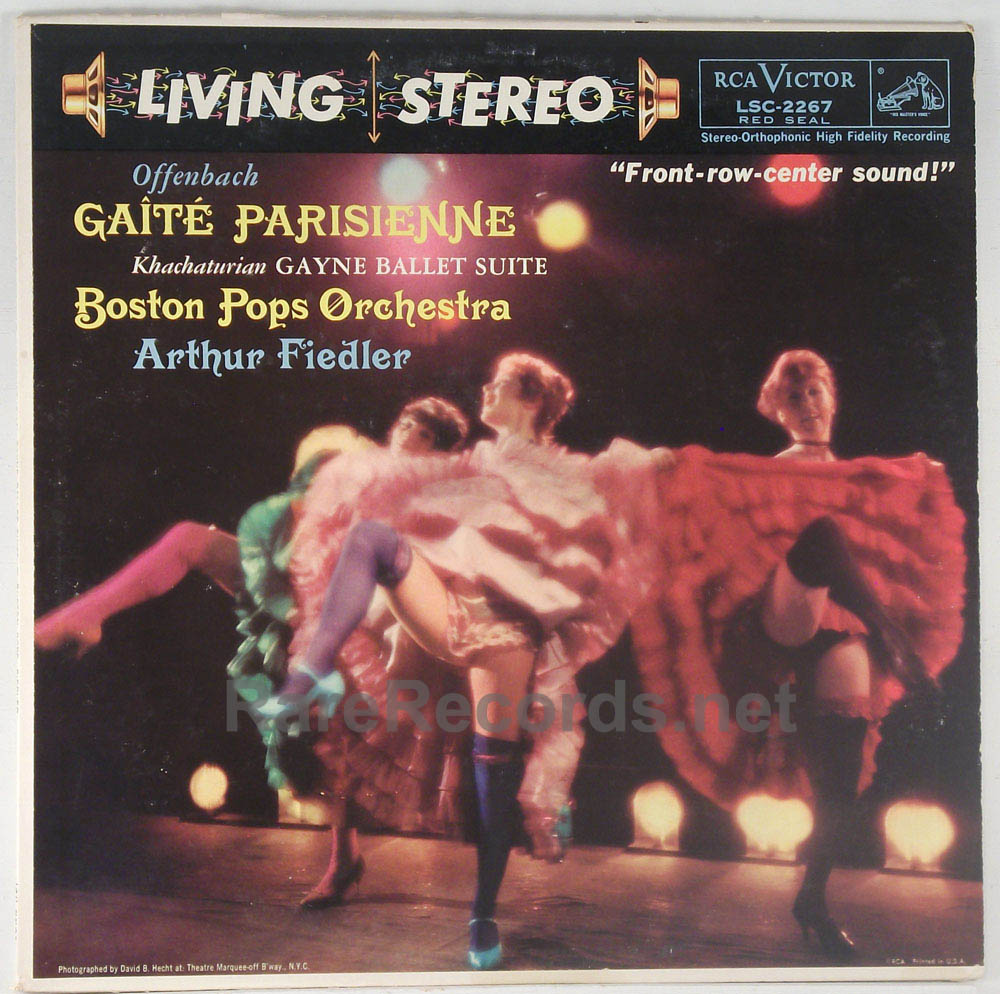