About this copy: The records are M-, and have had very little play.  The cover is VG, with some ring wear.  The original timing strip is included, but is not attached to the cover.

A nice copy of a live album that is somewhat hard to find today.

Background: After moving from Cadence Records to Warner Brothers in the early 1960s, the Everly Brothers quickly ran off a string of hits which soon dried up.  They continued making albums for Warner for a decade, but the albums they made for the label after 1965 or so are quite hard to find today.

This two record live set, released in 1970, was intended to take advantage of the fact that the Everlys were appearing on television at the time with a summer replacement variety show.  The set captured here includes many of their early hits as well as covers of both Beatles songs and classic rock and roll tunes. 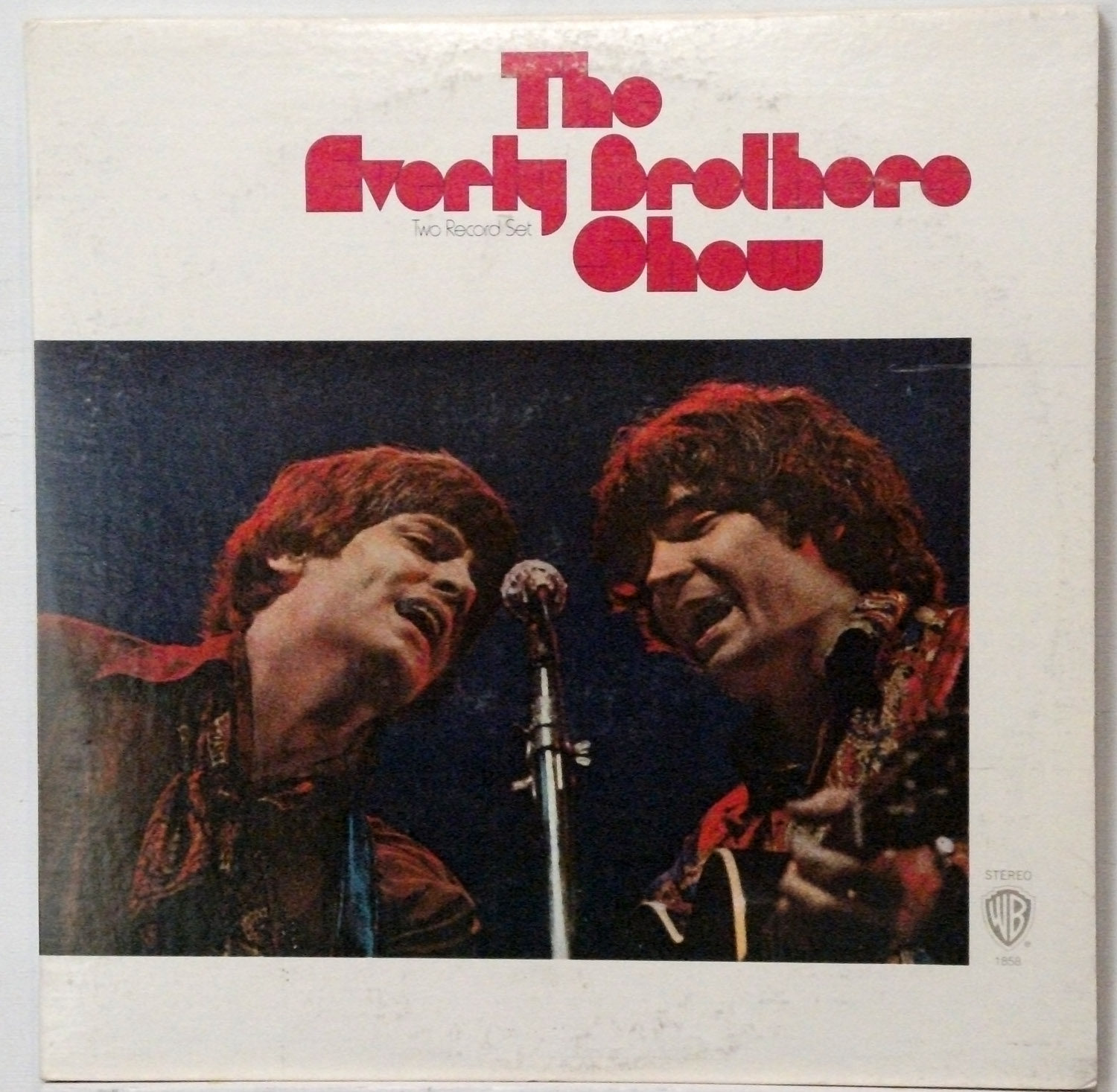