An original German pressing of ELO’s 1973 LP, On the Third Day, with the original gatefold cover and track lineup.

Offered for sale is an original 1973 German pressing of ELO’s On the Third Day LP, with the original gatefold cover and slightly altered track listing.

About this copy: The copy offered for sale has a VG+ record which clearly has had very little play.  It has a few slight scuffs.  The cover is VG, with moderate wear at the corners and edges.

A nice copy of a record that has become rather scarce.

Background: Most copies of ELO’s 1973 third album, On the Third Day, feature a white cover with a photo of the band on the front.  In a few countries, notably Germany and Japan, the album was originally issued with a gatefold cover with a photo of the Earth and an inset photo of band leader Jeff Lynne visible through a die-cut opening in the front cover.  The original track listing for this version of the album did not include the song Showdown.  These versions of the album were only available in these countries for a short time before being replaced by versions with the more common cover and track lineup. 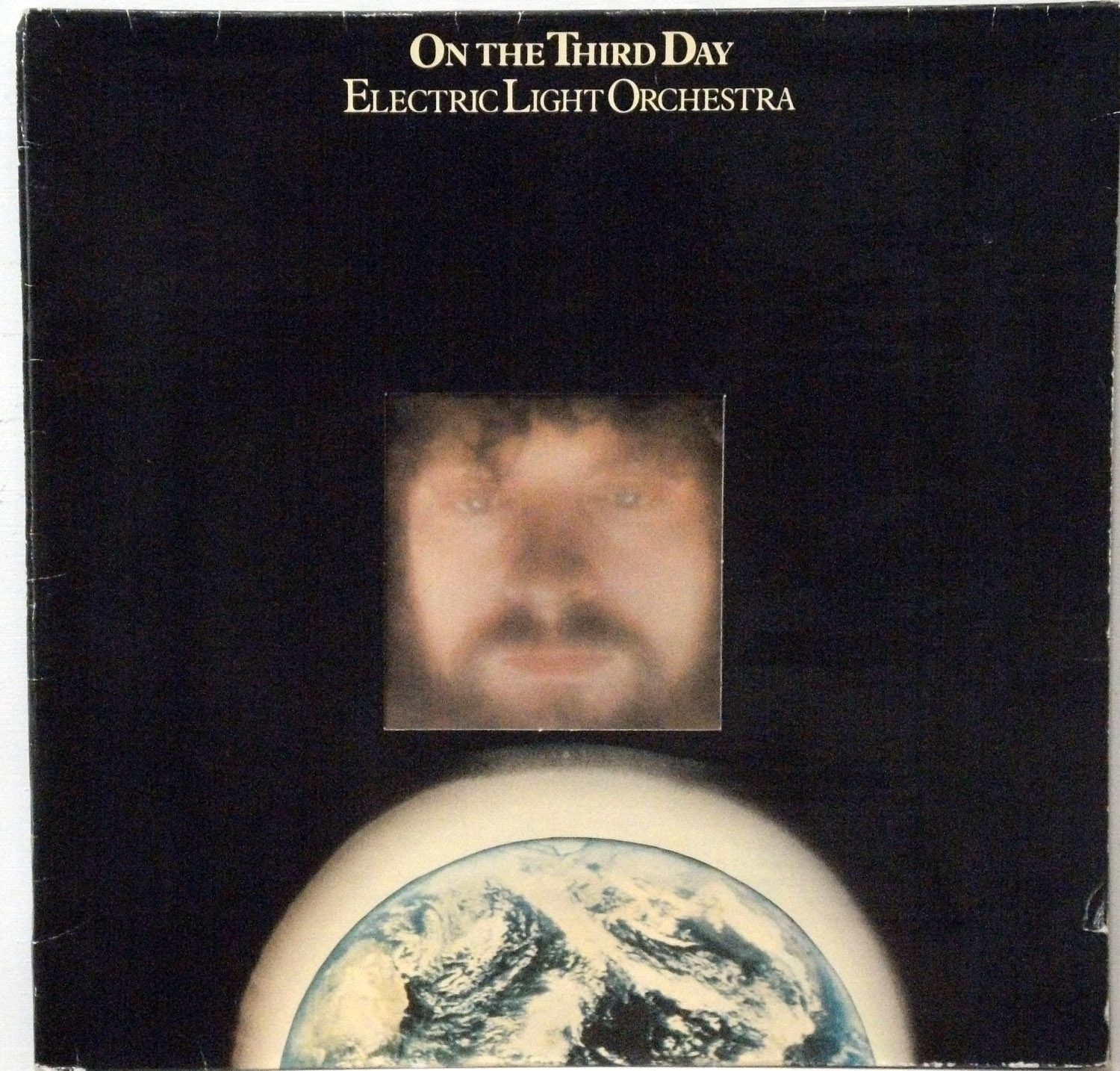