A sealed mono promotional copy of Rock Out by Dick Dale and His Del-Tones.

Offered for sale is a still sealed mono promotional copy of Rock Out With Dick Dale and His Deltones – Live at Ciro’s.

About this copy:  This copy of Rock Out With Dick Dale and His Deltones – Live at Ciro’s is an original 1965 mono pressing.  The album is still sealed and the record is presumably new and unplayed.  The word “PROMO” has been punched into the cover in the upper right hand corner.  This is how Capitol designated promotional copies of their albums at that time.  The label inside should be a standard stock Capitol label.

The shrink wrap is fully intact except for a small tear near the “PROMO” punch.  This is common, as the covers were punched at the factory after the shrinkwrap had been applied.  Aside from that, there are no other rips or tears and no punch holes or cut corners.

We’ve been selling records for nearly 40 years, and this is the first Dick Dale album we’ve ever had for sale.  Why? Because his albums got played a lot, and when we find them, they’re almost always in terrible condition.  This one, on the other hand, is about as good a copy as you’re ever going to find.

Background: The album title is a handful; this one is usually referred to as “Live at Ciro’s” or “Rock Out.”  This 1965 LP captured Dick Dale and his band in all of their live, surf-powered glory, and it’s one of his harder to find Capitol LPs, as interest in Dale’s music (and surf music in general) had begun to wane by 1965.

Live albums weren’t all that common in 1965, and many albums of the time that were presented as live recordings were actually studio recordings with overdubbed audience noise.  As far as we know, this is a live recording.

You can hear “Peter Gunn” here: 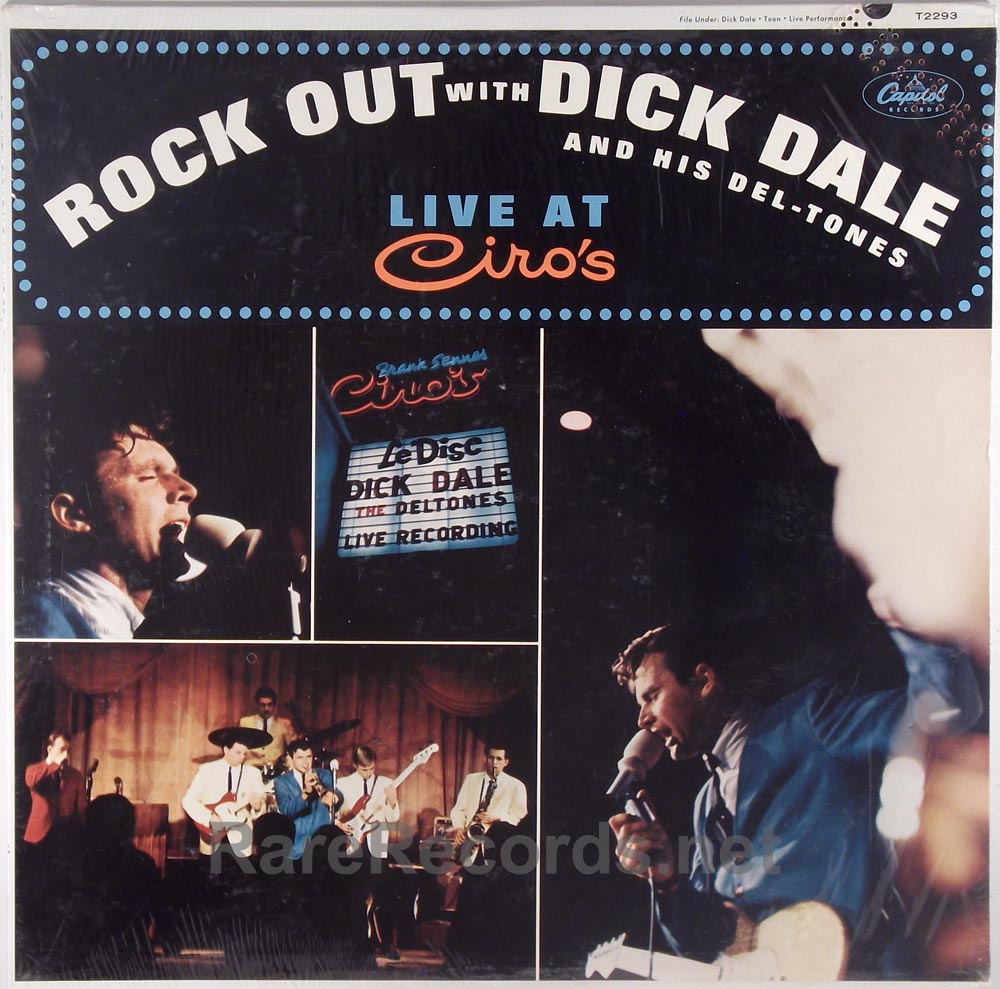