A sealed original pressing of Cream’s Live Cream LP from 1970.

Offered for sale is a still sealed copy of Cream’s live album, Live Cream, released in 1970.

About this copy: This copy of Live Cream is an original, still sealed copy of the original 1970 Atco release. The record is presumably new and unplayed.  The shrink wrap is tight and fully intact except for a small 1″ square near the lower right hand corner of the cover.  There is a small saw mark in the cover near the tear, and a small bend in the upper right hand corner.

An outstanding copy of a terrific live album by an iconic band.

Background: Cream broke up in 1969 after releasing just four albums, and the band’s popularity continued long after their breakup.  In order to cash in on continued interest in the band, Atco released two live live albums, Live Cream, and Live Cream, Volume II, in 1970 and 1972, respectively.

Like most of the Cream catalog, these albums weren’t in print long, and were out of print for a number of years before being reissued later in the 1970s. (Live Cream was reissued as Live Cream, Volume I.)

Live Cream is peculiar, as it doesn’t have any hits on it, though it does include a then-unreleased studio track, “Lawdy Mama.”  That said, it’s a terrific record, and AllMusic.com gave Live Cream 4 1/2 stars:

Cream was a band born to the stage, a fact that the band and their record label realized and the public fully understood by the number one U.S. chart placement for Wheels of Fire, with its entire live disc, and the number two chart peak for Goodbye, the posthumous release that was dominated by concert recordings. And in response to those success, we got Live Cream, Vol. 1 (originally known simply as Live Cream) in the spring of 1970, nearly 18 months after the trio’s breakup. This could well be their most consistently brilliant album for sheer musicianship, though it is also a peculiar one on a couple of counts, some of which probably prevented it from reaching quite as wide an audience as it might have otherwise. Released in April 1970 and derived from tapes made at three May 1968 California shows, all of the live tracks here consist of songs originally featured on the group’s least ambitious and most rudimentary album, Fresh Cream, dating from 1966 — and as it happens, there’s not a hit represented among the five songs, a fact that probably made this release seem more appealing to hardcore fans than to casual and curious listeners (who didn’t know what they were missing). Performances like this single-handedly raised the stakes of musicianship in rock. 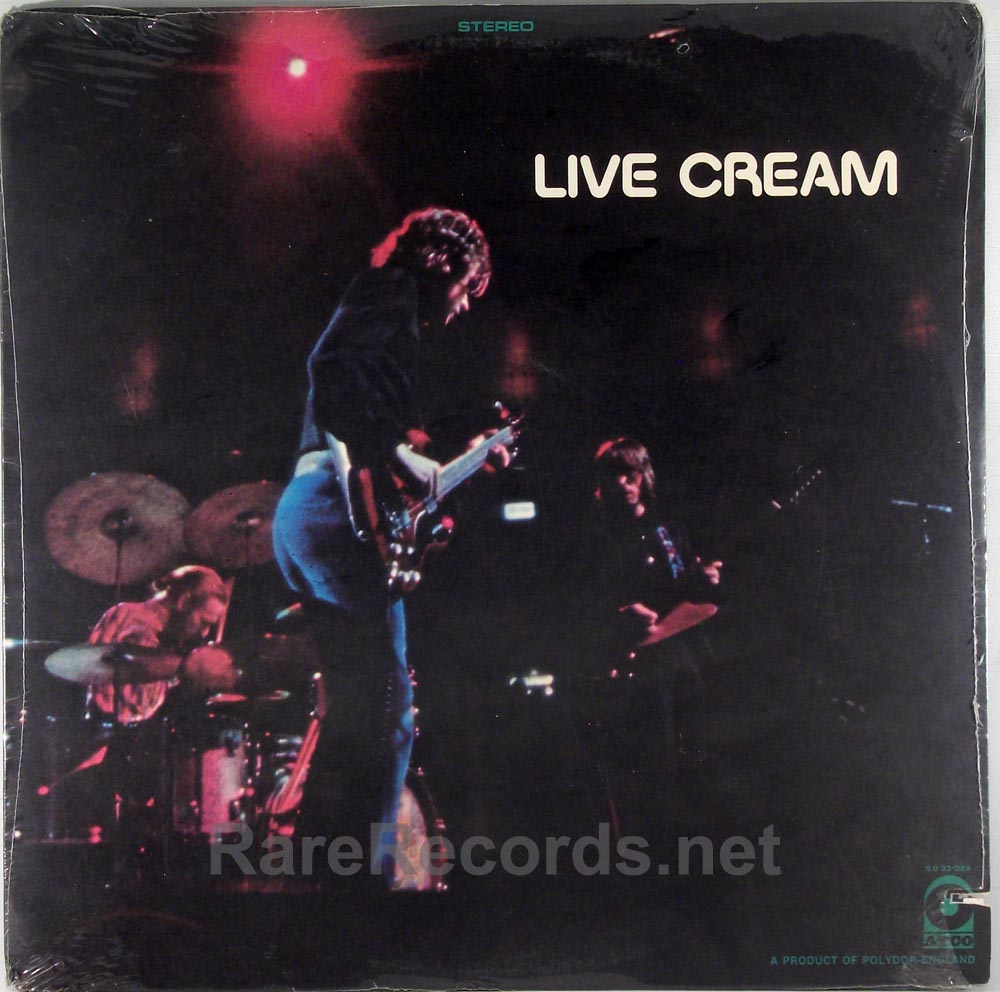