Offered for sale is an ultra-rare 1968 Japanese pressing of Disraeli Gears by Cream, complete with the original obi.

About this copy:  This copy of Disraeli Gears is a rare Japanese pressing, complete with the original obi, issued in 1968, with catalog number SMP-1390.  This album was issued twice in Japan in the span of a few months with two different catalog numbers – SLPM-1390 and SMP-1390 .

This one is the second version, issued just months after the original issue.  We believe the catalog number was changed during production and that the SMP-1390 number reflects a catalog number change, but not a reissue of the LP.

The cover is M- with no splits or tears and the ultra-rare obi is VG++, with a couple of slight wrinkles and a bit of yellowing.  The record is M-, and aside from a spindle mark or two on the label, it shows no sign of ever having been played.

This edition was originally issued without a lyric insert.

We can’t stress how rare it is to find a 1960s rock LP from Japan that still has the obi intact.  They were almost always thrown away shortly after purchase by buyers who gave no thought to saving them as collector’s items.  This is the only 1960 Japanese pressing of this LP that we have ever seen that still included the obi.

An absolutely gorgeous example of one of the greatest rock albums of all time.

Background: Disraeli Gears is generally considered to be the definitive recording by Cream, and is also rightly regarded as one of the most influential rock albums of all time.  The album reached #4 on the American charts and the single “Sunshine of Your Love” reached #6 on the singles charts.  The album was certified platinum in the U.S. and gold in the UK.

Cream teamed up with producer Felix Pappalardi for their second album, Disraeli Gears, a move that helped push the power trio toward psychedelia and also helped give the album a thematic coherence missing from the debut.  The blues still courses throughout Disraeli Gears — the swirling kaleidoscopic “Strange Brew” is built upon a riff lifted from Albert King — but it’s filtered into saturated colors, as it is on “Sunshine of Your Love,” or it’s slowed down and blurred out, as it is on the ominous murk of “Tales of Brave Ulysses.”  Cream are still a heavy rock trio and Disraeli Gears is a quintessential heavy rock album of the ’60s. Yes, its psychedelic trappings tie it forever to 1967, but the imagination of the arrangements, the strength of the compositions, and especially the force of the musicianship make this album transcend its time as well.

You can listen to “Sunshine of Your Love” here: 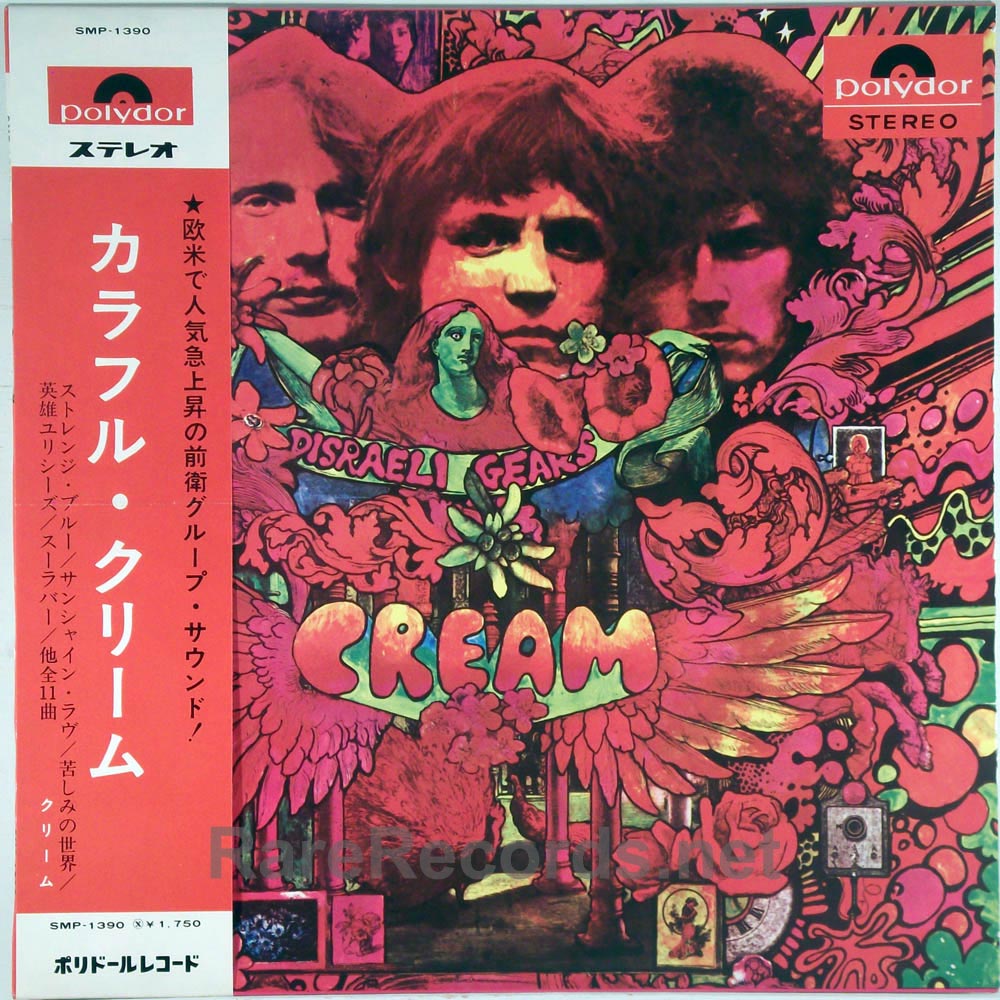