Offered for sale is an mono copy of the 1963 surf classic, Pipeline, by the Chantays on the original Downey Records label.

About this copy:  This copy of  Pipeline is an original mono pressing on the Downey label.

The cover is VG+, with wear primarily at the edges and traces of ring wear on the front.  The back cover is quite clean with no wear.

The disc is VG++, with a couple of light scuffs from being removed from the inner sleeve.  It’s very close ti M- and clearly has only had a few plays.

A beautiful copy of a legendary surf LP and the only copy we’ve ever had on the Downey label.

Background: The Chantays had a brief recording career, releasing just six singles and two albums in the 1960s, but their 1963 instrumental, “Pipeline”, reached #4 on the U.S. charts and has been covered by dozens, if not hundreds of artists.  There aren’t a lot of songs that qualify as surf classics, but “Pipeline” definitely qualifies.

The Pipeline album was originally released on Downey Records, a small label in the Los Angeles area.  When sales picked up, arrangements were made to have the album distributed nationally by Dot Records, as Downey was not equipped to handle sales of a best-selling album on a national scale.

Today, most of the copies of the album that you see for sale are the later pressings on Dot, as they outsold the Downey pressings by a considerable margin.  There are probably ten copies of the Dot issue for every copy of the Downey issue, and most of those are in relatively poor condition, as people had a tendency to play surf records to death at parties. 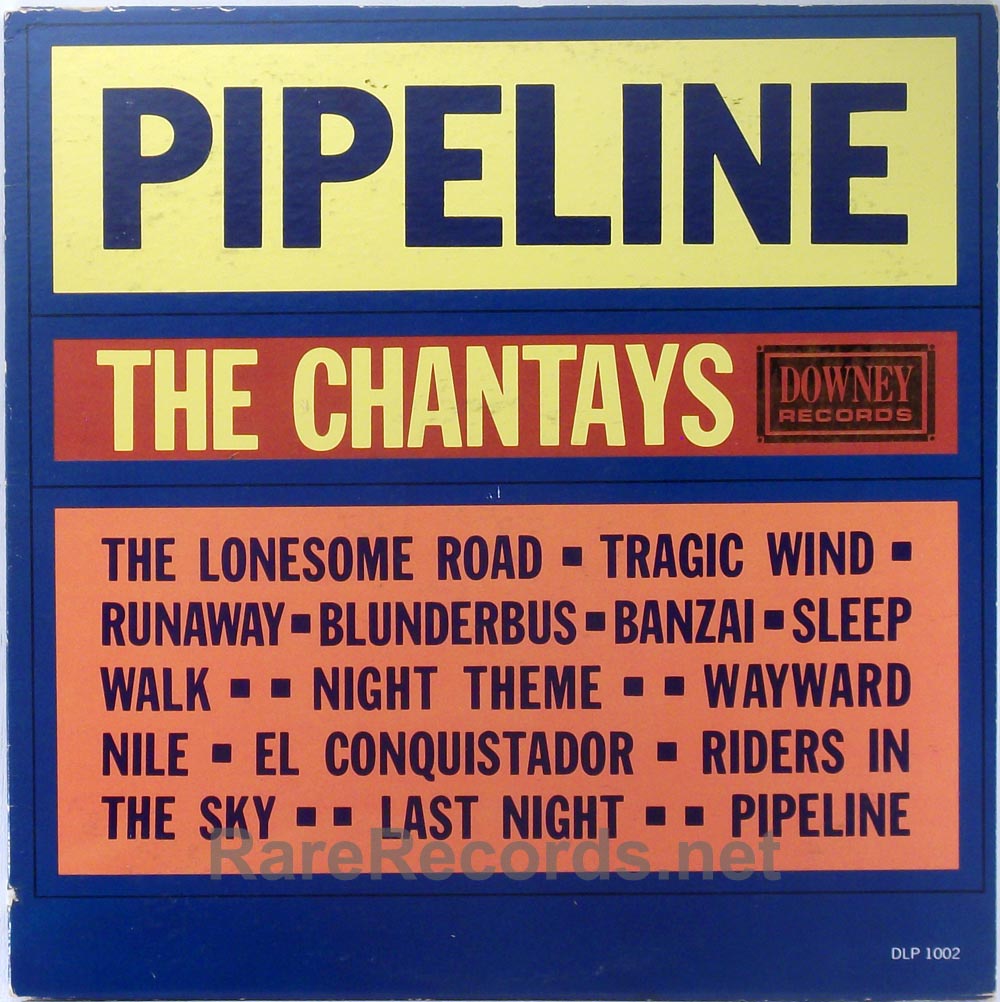