A sealed U.S. pressing of the 1971 LP Oh! Pleasant Hope by Blue Cheer.

Offered for sale is an original still sealed U.S. pressing of the sixth and final original album by Blue Cheer, Oh! Pleasant Hope.

About this copy: This copy of Oh! Pleasant Hope is a sealed original 1971 U.S. pressing on the Philips label.

The wrap is fully intact, with no rips or tears.  There is a punch hole in the upper left hand corner.

A nice copy of a scarce Blue Cheer LP, as all the albums after the first one are rather scarce.

Background: Released in 1971, The Original Human Being was the sixth and final original album by Blue Cheer.  The album did not reach the U.S. album charts.

It’s hard to imagine what would prompt someone to suggest the band that recorded Vincebus Eruptum should get in touch with their pastoral side, but for their sixth album in only four years, Blue Cheer decided to explore something close to folk-rock and they sounded a lot more comfortable with the stuff than anyone had a right to expect. 1971’s Oh! Pleasant Hope featured the same lineup as the previous year’s The Original Human Being (the first time since Outsideinside that the band had the same musicians for two albums in a row), and while the previous album found Blue Cheer trying to buff off some of their rough edges, this one is loose, laid-back, and playful; if it doesn’t hit very hard, it’s one of the most organic and natural-sounding recordings to carry the group’s name. 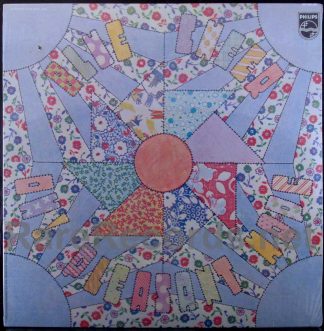