About this copy:  This copy of Introducing the Beau Brummels is a 1982 reissue by Rhino Records that duplicates the original album’s cover art.

The cover is VG+, with a bit of ring wear at the top of the front cover.  The disc is VG++, with no marks, but a few sleeve scuffs.

Background: The 1966 debut by the Beau Brummels was a strong one, with two hits – “Just a Little,” and “Laugh, Laugh.”

Originally released on the small Autumn Records label, the album had been long out of print and was quite hard to find when Rhino Records opted to reissue the album in 1982 as the second album ever released by the label. 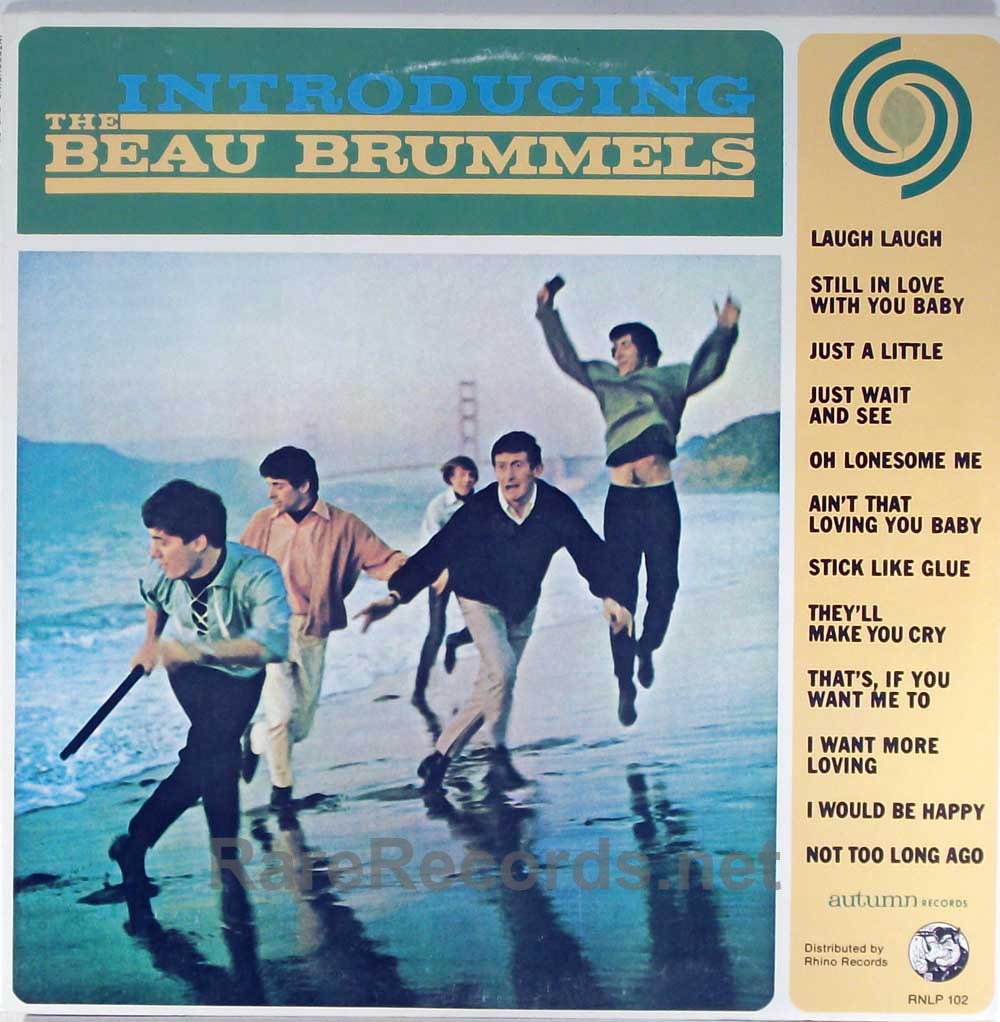