A set of 5 different Japanese LPs by Barbi Benton, with all including the original obi.

Offered for sale is a set of five different Japanese pressings of albums by Barbi Benton, complete with the original obi.

About these LPs:  The set offered for sale is a set of five different Japanese LPs by Barbi Benton, each complete with lyric insert and original obi.  As far as we know, this set is complete; it consists of all of the albums she released in Japan:

All LPs in the set have M- covers and discs.

Included in the set are:

The obi on the Barbi Benton LP is missing the back half; the obi was constructed from two pieces of paper and one of them has fallen off.

Greatest Hits is a promo copy with a promo designation on the label.

A nice set of pleasant and somewhat hard to find LPs.

Background: Barbi Benton had a short, but moderately successful career as a pop/country singer, though she’s best remembered as the longtime girlfriend of Playboy publisher Hugh Hefner.  She also appeared in Playboy several times in the early 1970s.

Her biggest hit was “Brass Buckles,” which reached #5 on the U.S. Country charts in 1975.  She had three albums reach the Top 40 in the Country charts and three other charting singles in 1975 and 1976.

You can listen to “Brass Buckles” here:

While her popularity was modest in the United States, Benton was quite popular in Japan, and two of the albums included here were released only in Japan. 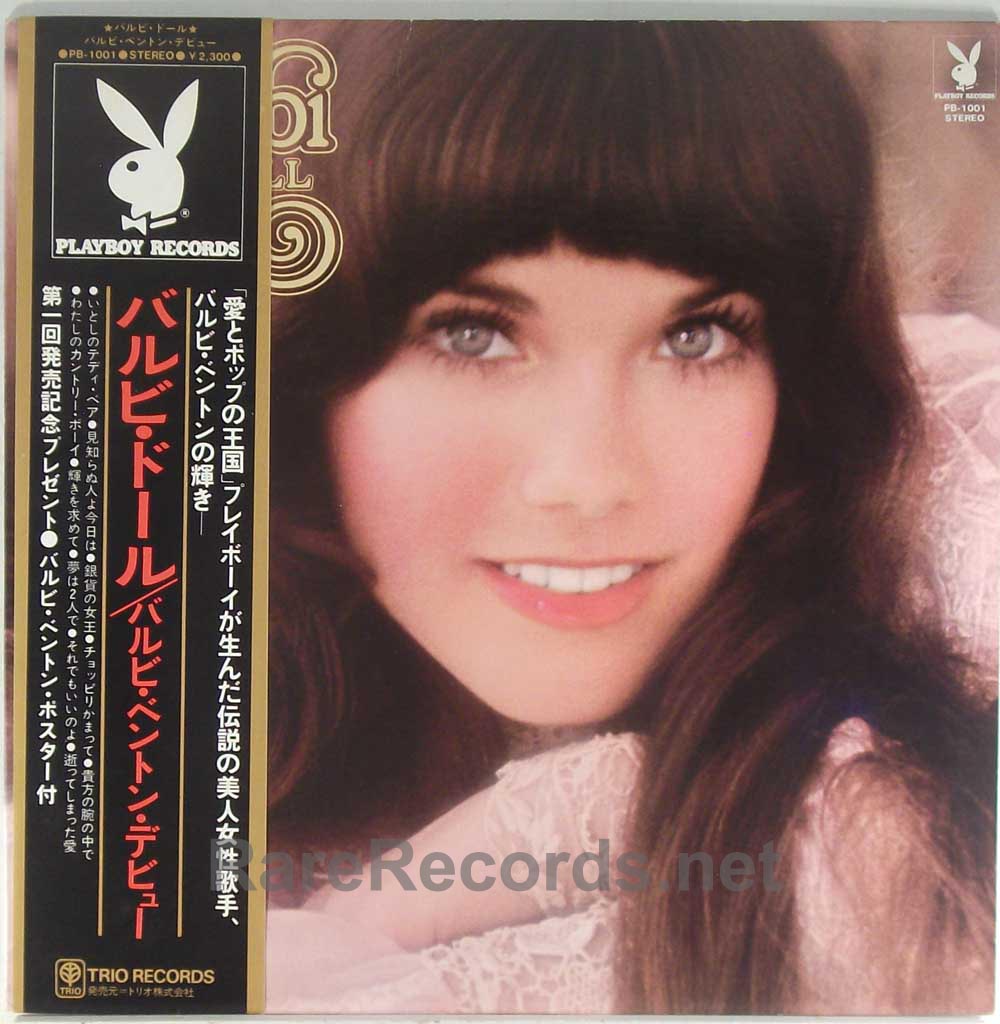