A rare sealed mono copy of the 1967 LP The Hour Glass, featuring Duane and Gregg Allman

Offered for sale is a rare, still sealed stock mono copy of the 1967 LP The Hour Glass, featuring Duane and Gregg Allman.

About this copy:  This copy of The Hour Glass is a rare original, still sealed mono pressing of the 1967 LP on the Liberty Records label.  As the record is still sealed, the record is presumably mint and unplayed.

While this album sold relatively poorly when released, most of the copies that did sell were in stereo.  Buyers were mostly interested in stereo LPs by 1967, and at that time, stereo records usually outsold mono records by a ratio of about 10:1.

Most of the mono copies of The Hour Glass that do turn up for sale have promotional stamps on the back cover that indicate that they were pressed for radio station use.

This copy does not have such markings; it’s a rare mono stock copy that was likely available for purchase in a record store back in 1967.

This copy is in exceptionally nice condition, with no cut corner, saw mark, punch hole or any other cutout mark.  The wrap is fully intact except for a small (1″ or so) split in the wrap at the top edge of the cover.  There’s also a small 1″ split in the cover at that spot.

A beautiful copy of a record that has become quite hard to find.  Pretty good album, too.

Background: The first album by The Hour Glass is a mixed bag; it features the talents of Duane and Gregg Allman as well as three other members who went on to work as session musicians at the famed Muscle Shoals studio in Alabama.  That would seem to insure greatness, but while they were all talented musicians, their record label, Liberty Records, didn’t really know what to do with them.

The label rejected all of the group’s self-written material and had them record material from songwriters the label had under contract instead.  It’s not a bad album, and is actually a pretty good example of soul-infused, late 1960s pop, but it’s an album that doesn’t sound a whole lot like the Allman Brothers Band.

Here’s a track from the album, “Cast Off All My Fears,” written by Jackson Browne (who wasn’t famous yet, either): 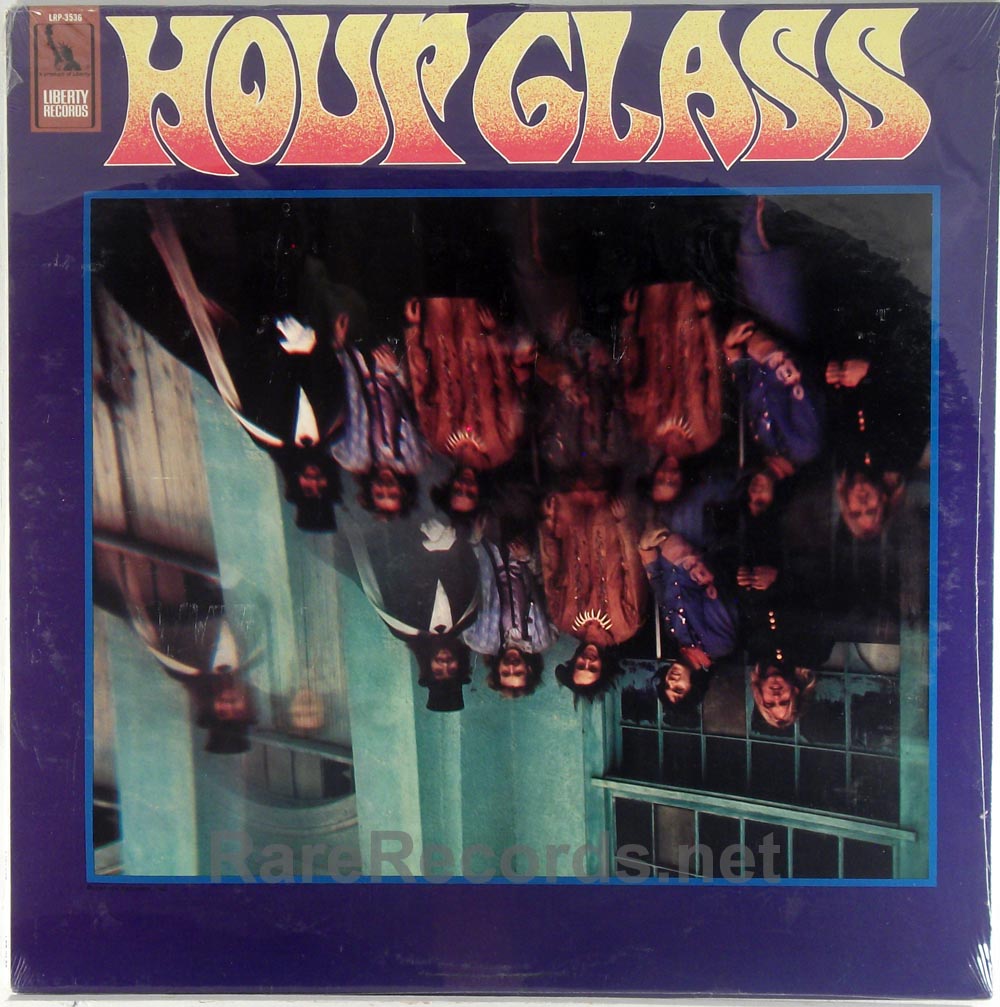