About this copy: This copy of The Allman Brothers at Fillmore East is an original audiophile pressing on the Nautilus label, issued in the early 1980s, mastered at half speed for optimal sound quality and pressed on premium Teldec vinyl.

The cover is VG++, with just a bit of wear at the corners.  The discs are M-; one side has a faint sleeve scuff.

Background:  The Allman Brothers at Fillmore East is rightly regarded as one of the best live albums ever, by anyone, and is certainly the highlight of the Allman Brothers’ career.  This was the album that made  the band famous, and it was, for many years, the only available live recording of the band with Duane Allman, who died not long after the album’s release.

While the album has had several reissues over the years by various audiophile labels, the 1982 issue by long-defunct Nautilus Records was the first, and it’s a great-sounding set. 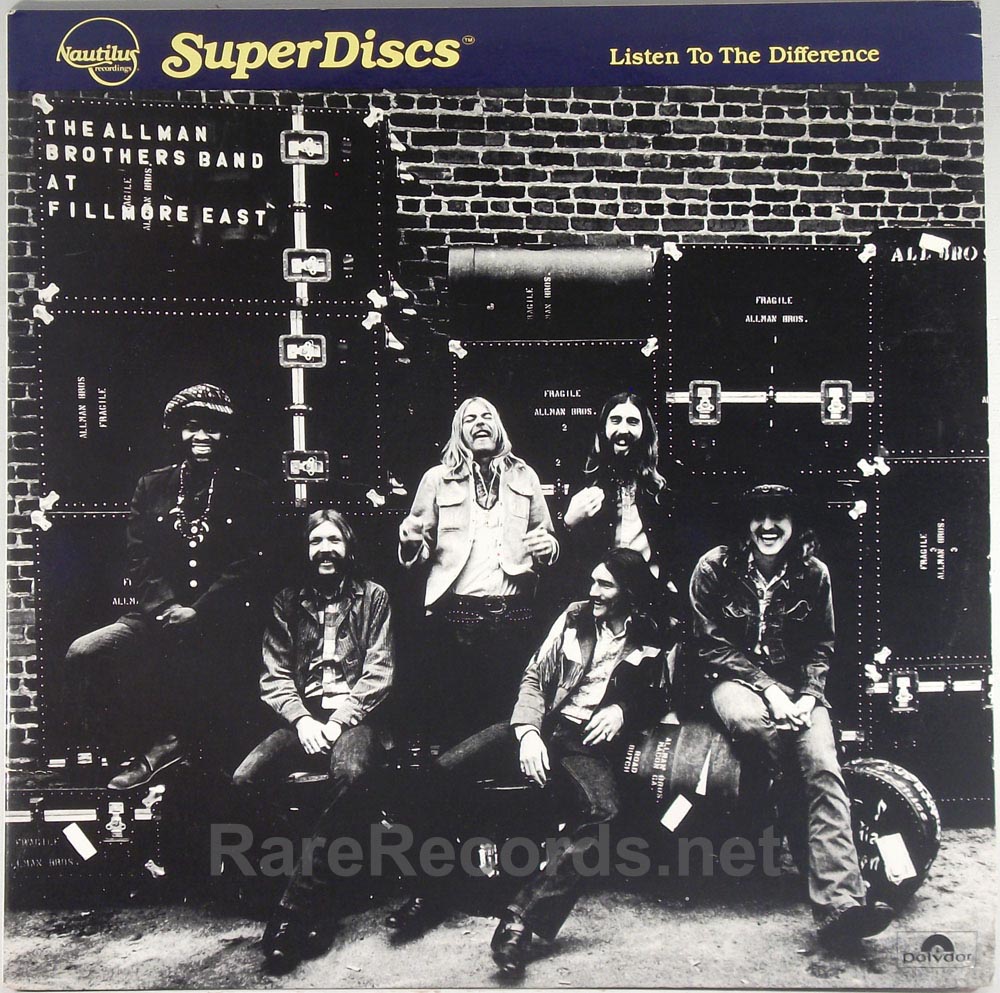